Dear OB, it’s not your vagina

Vaginal exams during labor and the question of consent 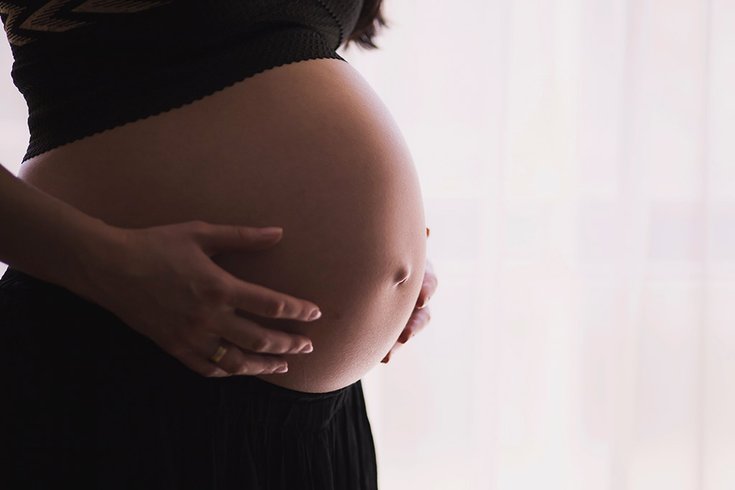 Imagine you, or someone you love, are pregnant. Soon it will be time to deliver the baby. You have entrusted care of mother and child into the hands of birth professionals. Now, imagine these two scenarios.

“I need to check you,” the OB says. The expectant mother’s eyes fill with tears. She doesn’t like his vaginal exams. They are rough and uncomfortable. They hurt. Her body tenses.

“We have to see if you are progressing,” the OB explains, while pulling a blue, plastic glove over his right hand. He squeezes lubricating jelly onto the tips of his fingers. “Lay back.”

Two hours prior, the OB had said her contractions “weren’t working” and that her labor was “too slow.” His words had stayed with her. She dreaded his return. She wondered if something was wrong with her body. She worried.

“We have to check you,” the nurse affirms.

The laboring mother does as she is told. No one asks if she agrees to be checked. Despite her trepidation, she doesn’t question the procedure. She lays back, opens her legs, and closes her eyes. Her husband holds her hand.

The OB places his fingers inside her vagina. He pushes deep and the expectant mother’s face turns red.

The exam continues for a few more excruciating moments. It takes all of the pregnant woman’s willpower not to kick the doctor away. Then, it’s over. “OK, all done,” the OB states, matter-of-factly. “I stripped your membranes. That should speed things up.”

The mother is visibly shaken. Stripped my membranes? What the hell? She pulls her legs together. They tremble. Her round belly tenses with another contraction. The nurse helps her sit up.

“What did you do?” she asks, wiping tears from her face. She is regaining her composure. Her husband sits by her side, bewildered. She’s angry.

The OB washes his hands in a nearby sink. “I stripped your membranes,” he repeats. Then he turns to the nurse. “If that doesn’t speed things up in the next hour, start a Pitocin drip.”

He walks out of the room.

A pregnant woman, also expecting her first child, meets with her midwife for an office visit. She is 41-weeks gestation.

The visit involves scheduling an ultrasound to check amniotic fluid levels and the discussion of a medical induction should the pregnancy continue to the 42nd week.

“But I want to let my labor start on it’s own,” the expectant mother laments. “I’ve read that first time babies are notoriously late.”

“I know,” the midwife affirms. Nonetheless, the midwifery practice is hospital-based and their insurance coverage, as well as hospital privileges, would be in jeopardy should the midwife “allow” any of her patients to move into the 42nd week of pregnancy.

“Statistically, rates of stillbirth increase at the 42nd week mark. Our practice is bound to comply with hospital protocol on this point,” the midwife explains. “Are you doing everything you can to bring on labor naturally?”

The midwife then explains that she can manually sweep, or strip, the woman’s cervical membranes, separating them from the amniotic sac as a way to jump start labor. It’s often painful, but it’s an option.

“At any point, you can tell me to stop, and I will,” she states. “I’ll be as gentle with the exam as I can be, and I’ll sweep the membranes as quickly as possible.”

The mother asks about the benefits and risks of the procedure. She weighs information given against the pros and cons of medical induction agents like Cervidil or Pitocin. “OK,” the pregnant woman states. “Let’s try it. I trust you.”

The midwife leaves the room so the expectant mother can remove her stretch pants and underwear. Upon returning, the midwife finds the pregnant woman reclining on the examining table with a sheet cover for modesty. The midwife puts a glove on her hand along with lubricating jelly. “You will feel my fingers. You will feel pressure,” she explains. “Remember, simply say ‘stop’ and I will stop immediately.”

The pregnant woman takes a deep breath and nods. She closes her eyes. Then, her face turns red. She cries out.

Tears come. She yells, loudly. But she purposefully doesn’t say ‘stop’. Finally, the exam is over. The midwife pulls her fingers out of the woman’s vagina; they are bloody. She takes off her glove.

The question of consent

The true scenarios detailed above starkly contrast two very different attitudes that care providers bring to the practice of obstetrics and midwifery.

While all providers are bound to respect the right to physical autonomy as well as expressed and informed consent, not all act in accordance to their professed ethic. To complicate matters, hospital protocols mandating the practice of frequent and routine vaginal exams unwittingly enable the ethic of consent to be sidelined. After all, do we really want women saying no?

As a birth doula, I’ve seen far too many OBs, and the occasional midwife, casually approach frequent vaginal exams as a routine part of birth work.

Consent is hard to come by with such an approach. It’s as if a woman’s vagina in pregnancy and childbirth is fair game for all kinds of prodding and probing.

I’ve also seen care providers strip membranes without explanation, nevermind consent. Once fingers are in the vagina, some providers do what they will to “hurry” labor along. No need to tell the mother beforehand that sweeping the membranes may hurt, a lot. No need to scare her. No need to offer her the option to refuse or stop the sweep mid-point should it hurt too much. Forget about explaining the benefits or contraindications of the procedure.

What is the result of such an attitude?

After describing the birth of her first child that included the rupture of membranes without consent, Elizabeth from Norfolk, VA states: “The whole situation was really traumatizing and I processed it very much like a sexual assault.”

I imagine all involved in birth work shudder to hear that women leave their labor and delivery beds feeling as if they have survived a sexual assault.

But some do. And let us not forget that a good number of women come to birth having already survived such abuse. In the United States, where one-in-five women report surviving a sexual assault , this matters. One can only imagine the difficulty of facing an off-hand, consent-free approach to vaginal exams, especially when they are painful, for survivors.

In a January 2016 interview, Penny Simkin, co-author of When Survivors Give Birth: Understanding and Healing the Effects of Early Sexual Abuse on the Childbearing Woman, states: “Sometimes women with specific fears (who) sometimes pushback from the authority figures can be considered to be difficult patients. And if the care provider had an inkling of the history that has led to these feelings they might be able to be more compassionate. Otherwise they might treat her in a very uncaring way.”

After being treated in an uncaring way, Chicago-based mother, doula, and childbirth educator Katrina Galbraith, owner of Graceful Birth and Families, decided to do something about it. Galbraith became a childbirth educator in large part due to experiencing two vastly different approaches towards vaginal exams in her first and second birth experiences.

RELATED LINKS: Screaming to sleep, Part One & Two: The moral imperative to end 'cry it out' | Armless Syrian boy thrives in United States: 'I want my mom to come here' | The waiting game: Wrestling with frustration and anticipation when your baby does not arrive on his due date |

My first birth experience was awful for a myriad of reasons and one of them included the near hourly vaginal exams done by both nurses and my OB. The exams were not done in any sort of gentle way or with much informed consent. They were fast and fierce, sometimes without much warning. I didn't know any better. I thought I had to subject myself to them as scheduled. At one point, my OB said he needed to do another exam. I actually opted for an epidural right away because I didn't want to feel even one more of those thrusty invasions.

Fast forward to my second birth, which occurred under a whole different set of circumstances. I changed hospitals, took childbirth preparation classes, and learned that vaginal exams are NOT required. I changed to a midwife and read lots of books. I labored and birthed my son without a single vaginal exam! My midwife knew that was an important thing for me and she respected it, wholly. It was a much better and healing experience for me all around. I was made to feel human and empowered.

We need more childbirth educators, like Galbraith, who are willing to lift up the value of consent, remind women that vaginal exams are optional, and work for more positive and informed birth experiences. We want women to feel “human and empowered” in birth. We need more providers who employ the ethics of care embodied by the midwife in “Scenario Two” and far, far less of the pain that is left in the wake of the dismissive arrogance embodied in “Scenario One.”

Most importantly, when it comes to routine vaginal exams and procedures during labor, no one involved in birth work should forget that this is a woman’s vagina. This is her most intimate physical space. She has the right, each and every time, to agree to a vaginal exam or procedure – or refuse it.

And what if she refuses?

How then would care providers meet the hospital protocol for documenting routine vaginal exams? Is receiving true and informed consent such a burden? Are vaginal exams even necessary?