The last drop from my breast: Reflections on child-led weaning 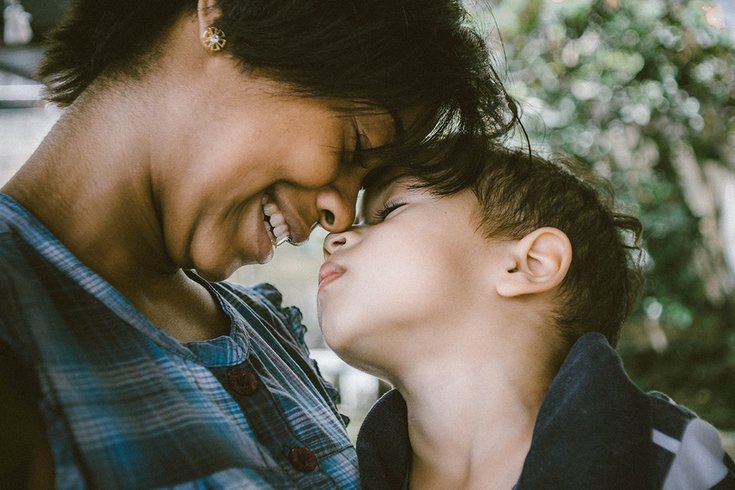 Photo by Bruno Nascimento /on Unsplash

I don’t know when it happened.

When did my body make the last drop of milk?

A few months before my son fully weaned, we had our annual, well-child checkup with our pediatrician.

“Your boy is confident, kind and very healthy,” our pediatrician, a doctor with more than 40 years of experience, noted at the end of the exam.

“Thank you,” I replied. “You know, he continues to breastfeed, mostly at night.”

“You still have milk?” the pediatrician asked.

This time my son answered, with a broad smile: “Yes.”

“That’s wonderful,” the pediatrician replied, looking at my son. “I bet you rarely get sick.” Then he turned to me: “Whatever you are doing mama, keep doing it.”

Whatever you are doing mama, keep doing it. So, I did.

But I didn’t continue to follow my son’s lead and trust that he would complete his breastfeeding journey in his own time only because a wise, conscientious and “pro-breastfeeding” pediatrician recommended the course of action. Certainly, there are far too many ill-informed pediatricians who discourage breastfeeding mothers from honoring their own instincts and their child’s best interests. I’ve heard from dozens of mothers lamenting how their doctors pressured them to wean, arguing that breastfeeding offers no nutritional benefit after the first year of life. This is patently false.

Furthermore, breastfeeding has become a subject of study and interest after four-and-a-half years lactating. I’ve examined how our pornographic culture impacts our vision of women’s breasts. I’ve interviewed a bereaved mother who donated 92 gallons of breast milk after the loss of her son. I wrote about a married, lesbian couple who co-nursed their daughter. I’ve shared personal reflections on my own journey breastfeeding. I’ve also supported mothers who feel pressure from their partners to wean before their child is ready.

What was it like to breastfeed for “so long”?

Some would say four-and-a-half years is far too long. Not too many 4-1/2-year-olds in the United States today still get “nummies.” Around the world, however, breastfeeding into the early years of a child’s life is much more common. Breastfeeding a child of 4, 5 or even 6 is certainly within our biological and ancestral norm. As reported in a recent National Public Radio segment entitled "What’s Right About A 6-Year-Old Who Breast-Feeds," anthropologists routinely note that we evolved in cultures and communities where breastfeeding children into their early years was “the typical and healthy pattern.”

For myself, it felt completely healthy to honor this pattern, this ancient mother-child dance. I didn’t listen to the naysayers or the critics. I trusted my son. We practiced “breastsleeping” and I felt at ease nursing in public -- though by the time my son was older, daytime nursing had stopped. I’d like to imagine I would have had the courage to breastfeed a 4-year-old openly despite the fact that the scrutiny breastfeeding mothers face, even when breastfeeding an infant in public, can be ugly. 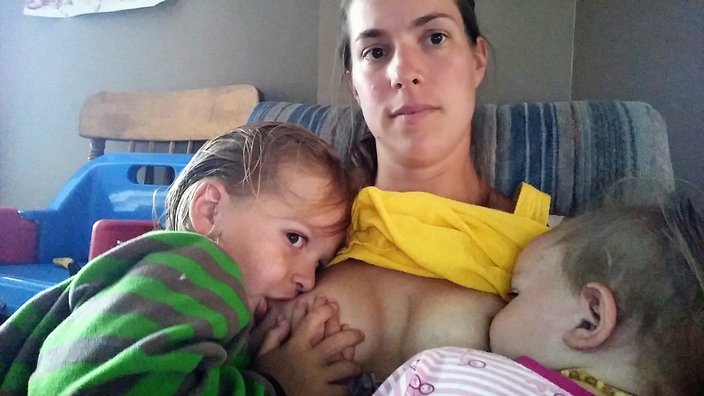 Breastfeeding, whether a child is a week old or a 6-year-old, is a universe away from ugly. As a yoga teacher, birth doula and hospital chaplain, I’ve learned to trust the body’s wisdom and honor the ebb and flow of life’s rhythms. There is beauty to be found in living in accord with nature. I trusted that my son would stop when he was ready. There’s wisdom in each stage, an honoring for each passage.


The last months before weaning, my son only nursed a few minutes at night and sometimes in the morning -- just a few minutes. That’s all he needed to remind him of our primal connection. It was enough to “touch base” with regard to attachment, nourishment, maternal warmth and milk. At the time, my body was making very little milk, hardly a drop in the day. I remember when I could pump ounces and fill bottles. Things change. The time was coming for this stage of motherhood to end.

I told my son we’d have a celebration when he was ready to stop.

“We’ll have a celebration?” he asked.

“Yes, we will invite friends to celebrate that you are moving into the next stage of your life.”

Beginnings and endings are often poignant mixes of joy and sorrow. I imagine I’d cry, too. I looked at him.

“When you are ready to stop, let me know, and we’ll plan something wonderful,” I said. “There’s no rush.”

Why, after all, would one rush to end something so tender and sweet? One wouldn’t tear the petals of a rose in order to make it open more quickly, right? We don’t have to rush a transition that is already in the works.

The asking for milk tapered dramatically. It seemed the time had come.

“I’m ready for my celebration,” he told me one evening.

That week, on a bright, sunny afternoon, we gathered in a garden with friends for a simple weaning celebration. People presented gifts to honor the beginning of a new stage. Mothers told stories of their own breastfeeding journeys. Children listened as a soft breeze blew through the trees around us. We ended with a toast, our glasses raised with sweet, almond milk.

Yet, weaning, for us, was a process. It didn’t happen all at once. Even after our celebration, there were a few nights when my son wanted to nurse.

But rather quickly, the days between asking stretched into a week, and then weeks. Then, no more. There wasn’t a stark “now it is over” moment. The letting go was a gradual one. Even today, we talk about breastfeeding.

“Remember when I used to get nummies?” my son asks upon watching a friend breastfeed. He observes with tenderness.

May he grow to be a man who always supports the right of women and children to breastfeed in private or public. May he be an advocate and ally should he encounter any misinformed ugliness directed toward something so healthy and beautiful.

One day, not too long ago, my breasts made the last drop. It was the final drop of a child-led breastfeeding journey. It was the last pearly white drop of sweet, mama milk that my body, most likely, will ever make. I don’t know when it happened. But I pause now to thank that last drop. For it represents every ounce of life-sustaining goodness made from my flesh to nourish my little one. It represents the end of one stage and the opening to the next.

The last drop from my breast, thank you.