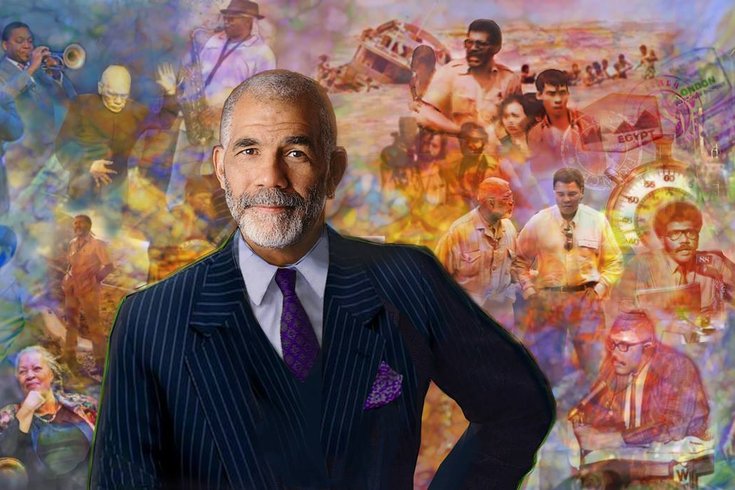 The mural sits at 949 Belmont Ave. in the neighborhood where Bradley grew up.

Mural Arts Philadelphia will dedicate a new mural in West Philadelphia to late "60 Minutes" journalist and Philly native Ed Bradley this Saturday after nearly a year of work.

The mural sits at 949 Belmont Ave. in the neighborhood where Bradley grew up.

Artist Ernel Martinez depicted Bradley’s 26 years as a correspondent for CBS News and high-profile career as a television reporter for the mural. Bradley was the first black television reporter to cover the White House and eventually anchor his own broadcast, “CBS Sunday Night News with Ed Bradley.”

The dedication ceremony this Saturday will begin at 12 p.m.

Iconic journalist Ed Bradley was the first black TV correspondent to cover the White House. He was also from West Philadelphia. Learn about the mural celebrating Bradley on Belmont Ave. ➡️ https://t.co/dhMkAipWOG pic.twitter.com/2Xl2KVzhaz

On Wednesday a preview of the mural brought together former colleagues of Bradley, local media and members of Mural Arts.

🚨Right now in West Philly🚨
The West Powelton Steppers are kicking off our press preview for our Ed Bradley mural RIGHT. @westpowelton pic.twitter.com/CqZidgtabF

The year-long project was put together on 6 ft. by 6 ft. squares of parachute cloth, enabling about 100 students and members of the public to participate in the creation paint-by-number style.

Bradley died at the age of 65 in November 2006 from complications from lymphocytic leukemia.