The Delaware National Guard held a ceremony on Monday to dedicate its headquarters to Beau Biden, the former Attorney General and Iraq War veteran who passed away from brain cancer last year.

Beau Biden's death at the age of 46 was not only a tragedy for his family, but may have profoundly changed the course of U.S. history. Were he not deep in mourning for his son, Joe Biden would likely have thrown his hat into the presidential race this year and competed against Hillary Clinton and Bernie Sanders for the Democratic Party's nomination.

And Beau himself was a rising political star who planned to run for governor of Delaware in 2016.

Now, the Vice President has dedicated himself to the fight against cancer and has made medical research a major priority of the Obama administration. 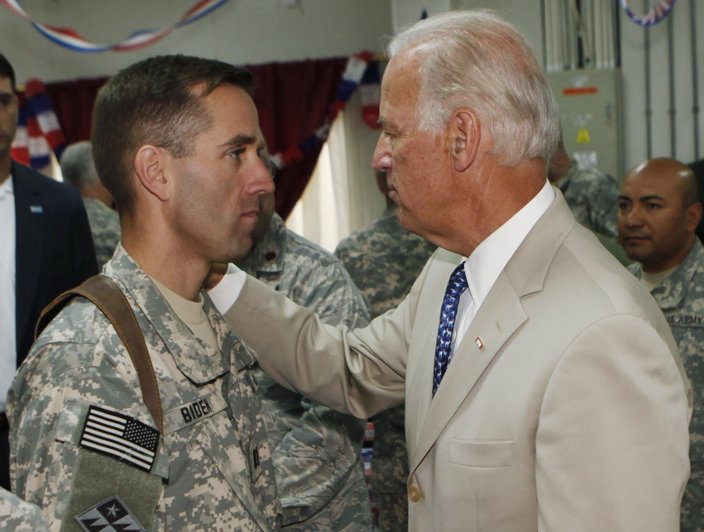 U.S. Vice President Joe Biden, right, talks with his son Beau Biden at Camp Victory on the outskirts of Baghdad, Iraq, on July 4, 2009.

Biden joined the National Guard in his home state in 2003 and deployed to Iraq in 2008. He earned a Bronze Star and, after his death, also received the Legion of Merit and the Delaware Conspicuous Service Cross.

He left behind a wife, Hallie, and two children, Natalie and Hunter.

"Nothing made Beau more proud than putting on his uniform and reporting for duty," said Hallie Biden in a statement. "He adored his brothers and sisters in the Delaware National Guard and what they represented in our state. The men and women who walk through the doors of this building are the finest we have — we're honored that he will forever be associated with them."