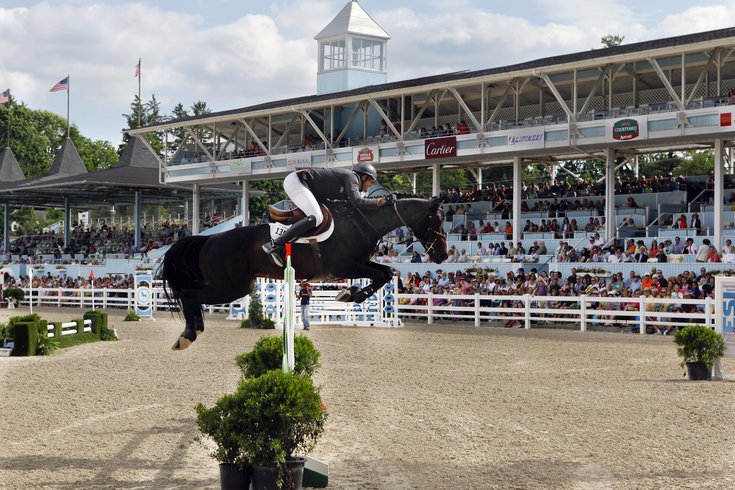 The Devon Horse Show has been canceled for two straight years due to the COVID-19 pandemic.

The 125th edition of the Devon Horse Show and Country Fair will officially have to wait until 2022.

The 2021 event, which was scheduled to take place May 27-June 6 on the Main Line, has been canceled for a second straight year due to COVID-19 restrictions imposed by the U.S. Equestrian Federation, organizers said Saturday.

"Although many other equestrian events are operating during this time, the DHSCF is uniquely tied to our local audience and spectator base and we did not feel that we could, in good faith, jeopardize future events for the sake of running this year against so many financial and operational challenges," event organizers said. "This decision was made to protect the financial viability of the show for years to come."

Organizers of the Devon Horse Show said that the decision to call off this year's competition was made based upon "the far-reaching operational and financial implications" of U.S. Equestrian's coronavirus restrictions regarding spectators at events.

"The organizers together with the Board of Directors evaluated multiple options, but were ultimately unable to operate under the current restrictions outlined by the sport’s governing body," event organizers said.

Devon Horse Show organizers said that they were told this week that updated guidelines for the competition would not be available until mid-May.

"This time frame does not provide sufficient time to adequately plan and prepare for a show of the DHSCF’s size and caliber," event organizers said. "In fairness to the competitors, sponsors, ticket holders, vendors, volunteers and all others involved, the DHSCF believes that the decision to cancel is the best under the circumstances."

Event organizers said that they will be contacting stakeholders with more information about the cancellation process in the coming weeks.

"The health and well-being of the entire DHSCF community is always of utmost importance, and while we believed we could run a safe and successful outdoor event, the lack of movement in attendance guidelines from USEF made it a financial impossibility even with significant fundraising efforts for the competition to continue in 2021."

The 2020 Devon Horse Show and Country Fair was canceled due to the COVID-19 pandemic. Last year's event was scheduled to take place in May.

This was the first time that the competition had been called off since it was put on hold for three straight years due to World War II.

The event, which began in 1896, is both the oldest and largest outdoor multi-breed horse show in the U.S. The country fair began in 1919.