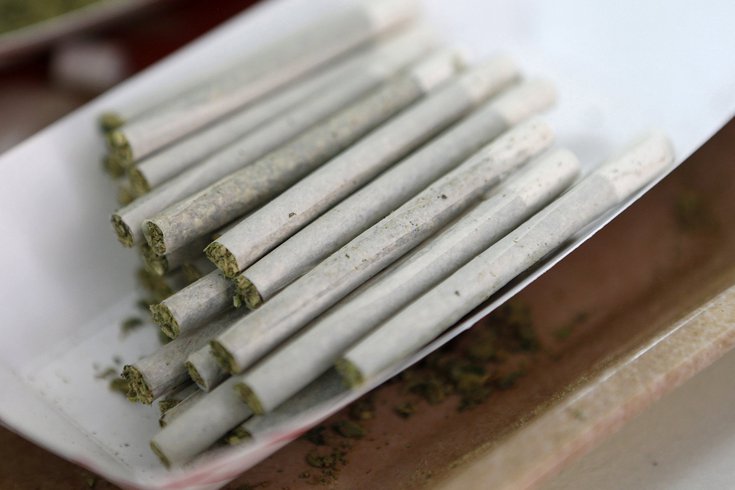 A new bill introduced by city council could make it illegal for some employers to require a marijuana drug test before hiring.

Philadelphia City Council will vote on a bill that would make it illegal for companies to test potential employees for marijuana before being hired.

If approved, this bill could clear a hurdle for medical marijuana patients and off-the-clock recreational users to help get them jobs.

These types of tests detect whether someone has consumed marijuana, not whether or not they are currently under the influence. Marijuana can be detected in a drug test weeks after it is consumed, and in some cases subjects may even test positive months later.

The bill, spearheaded by councilman Derek Green, would go into effect Jan. 1, 2022 if approved. It passed through a council committee meeting on Monday.

Some exceptions remain for those applying to become police officers or work in law enforcement, any job that requires a commercial driver's license, supervising children or people with disabilities, as well as medical professionals.

Employers who are required by federal contract or law to drug test its employees are also exempt from the bill.

The Philadelphia Commission on Human Relations would enforce these regulations, Randy Duque, acting executive director, told Metro Philly. If approved, PCHR would use a complaint-based system to enforce the bill.

Many other municipalities and states have already banned these pre-hire drug screenings, Paul Armentano, deputy director of the National Organization for the Reform of Marijuana Laws, said. New Jersey and New York both passed legislation to legalize marijuana within the last year.

"There’s no evidence to support the claim that those who consume cannabis in the privacy of their own home away from the job pose a unique workforce safety threat or risk," Armentano stated.