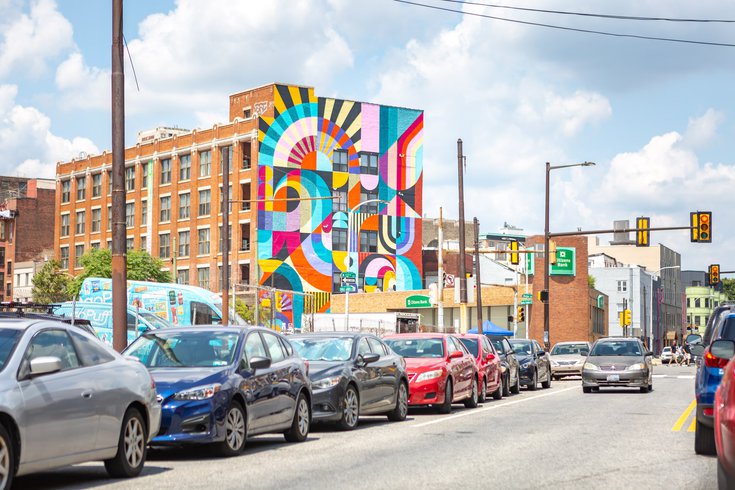 The Spring Garden Street Greenway plan aims to make biking and jogging through the city safer.

The White House last week unveiled details of Biden's substantial $2.3 trillion infrastructure plan to create jobs and improve the country's highways, colleges and bridges through investing 1% of U.S. GDP per year over an eight-year timeframe.

Biking advocates say they hope that with the Biden administration's commitment to infrastructure, enhancements to the street that connects the Delaware and Schuylkill rivers could finally come to fruition, KYW Newsradio reported.

Spring Garden Street is a part of a larger network of 3,000 miles of bike trails called the East Coast Greenway, spanning from Maine to Florida. Updating this section of the greenway would improve biking and jogging through the city by slowing the pace of traffic.

"There’s a lot of new optimism around infrastructure funding," Daniel Paschall, mid-Atlantic coordinator of the East Coast Greenway, told KYW, "and we really want them to seize this moment and see this project not just as a trail or a bike lane project but this is a whole transportation corridor overhaul."

Spring Garden Street spans two miles across the city. The Spring Garden Street Greenway plan, which first launched 10 years ago, would include a raised bike lane from the sidewalk, updated traffic signs and streetscape improvements. Officials say these updates are still at least four years away.

Since the design plan was unveiled by the Pennsylvania Environmental Council in 2013, there have been efforts to engage the community in support of the project.

"Throughout the past decade of working on this, we’ve seen just consistent community interest," said Lizzie Hessek, regional trails and recreation program manager for PEC, "from across the corridor, from folks in the Spring Garden neighborhood, all the way to Northern Liberties, passing by Chinatown, passing by the Community College (of Philadelphia). There’s kind of across-the-board interest in seeing something happen to Spring Garden Street."

PEC conducted community surveys and has been working with city officials to get a pathway towards construction and funding — which could ultimately come from Biden's infrastructure plan.

This news follows Amtrak's recently proposed upgrades and new rail lines that could run through the state with the help of the Biden administration's funding.