Devon Still and fiancée to celebrate dream wedding, courtesy of The Knot 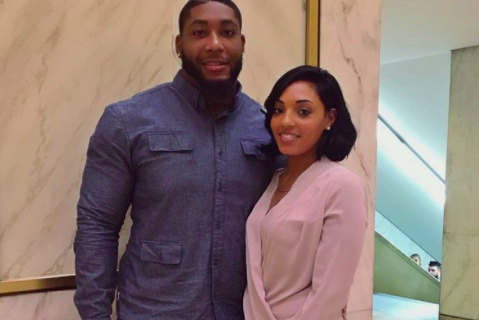 Former NFL defensive tackle Devon Still and fiancée Asha Joyce will celebrate their dream wedding in May 2016, with the help of TheKnot.com.

The wedding planning site picked Still and Joyce as the recipients of this year's Dream Wedding.

Still, a Camden native who attended Penn State, proposed to his girlfriend of three years in the summer of 2014. However, the couple's wedding planning was put on hold.

His daughter, Leah Still, gained national attention last year after she was diagnosed with a rare form of pediatric cancer.

"When we first got engaged, we didn't jump right into planning because Leah was our number-one priority," Still, 26, told PEOPLE. "It was all about getting her better."

Now, with her stage 4 neuroblastoma currently in remission, Leah will be the couple's flower girl, in a wedding that America is invited to play a role in planning. The 5-year-old will most likely be sporting a pink dress, according to Still.

Along with leaving all aspects of the day up to the voters, Still and Joyce have set up a charity registry to help raise money for other families facing pediatric cancers.

"In lieu of gifts, we’ve chosen to register for organizations that benefit pediatric cancer research in honor of Devon’s daughter Leah," the couple says on the registry. "Our wedding will be filled with tears of love and joy, and through The Knot Dream Wedding and our charity registry, we aim to help other families’ tears be filled with love, and hope too."

The Stills have raised more than a million dollars during the past year for cancer research and awareness. For their efforts, the two received an ESPY award and Leah was recently featured on the cover of a Wheaties box.

Still was recently cut from the Cincinnati Bengals after three years with the team. He took becoming a free agent in stride, however, thanking the team for its support. The team announced following his release that Leah's medical bills would be covered by the league's insurance policy over the next five years.