Leah and Devon Still recognized with ESPY award for perseverance

Devon Still, 26, accepts award on behalf of daughter Leah, who is battling a rare form of pediatric cancer 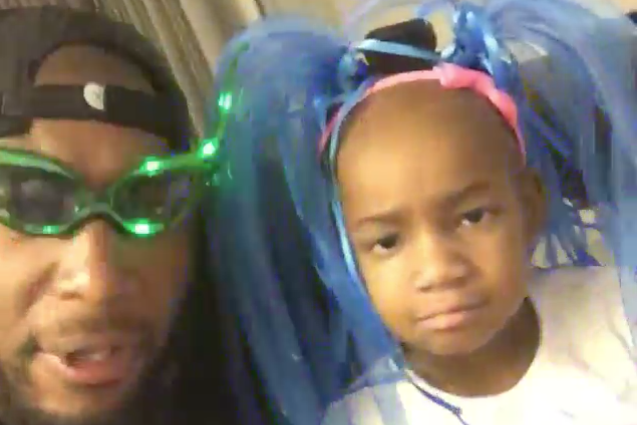 Devon Still celebrates with daughter Leah after finding out she can leave the hospital.

Cincinnati Bengals defensive tackle Devon Still has never wavered in support of his daughter through her battle with cancer. Now, Leah and Devon have been honored with the Jimmy V. Perseverance Award at Wednesday night's ESPY Awards.

Accepting the award on behalf of 5-year-old Leah, who was diagnosed with a rare form of pediatric cancer in June 2014, Devon spoke about the importance of standing alongside all those who are engaged in the same difficult journey to recover. The New Jersey native and Penn State alumni also commended the Bengals for providing a model of unqualified support as an employer.

The award is named after The V Foundation, an organization that donates money to cancer research. Named after college basketball coach Jim Valvano, who led NC State to a 1983 national championship before his death of cancer ten years later, the award recognizes strength and courage through adversity.

Leah' cancer went into remission in late March, however she continues to receive various treatments, including stem-cell therapy and radiation, to restore her immune system to normal. Late in June, she was able to return home after a lengthy hospitalization due to complications from her treatment. Although she wanted to attend the ESPYs, she was able to appear remotely on the big screen as Devon spoke about his commitment to persevere.