Diet Cig: From being slut-shamed to being in the game

Alex Luciano turned a negative experience into a very positive one with the band's pop hit, 'Sixteen' 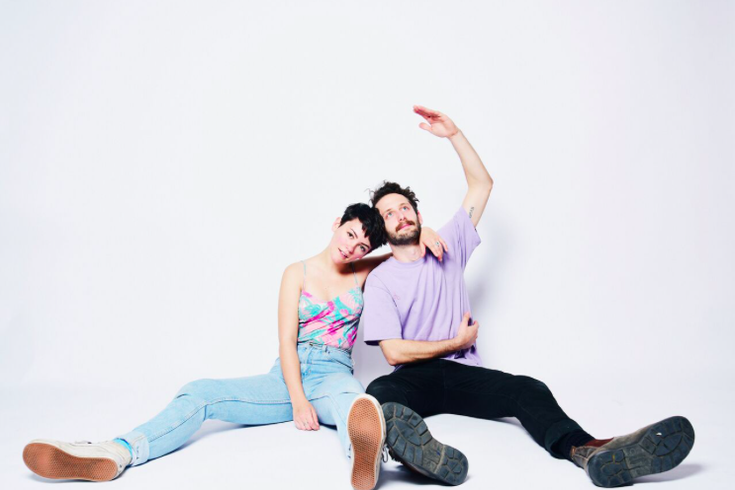 Alex Luciano couldn't have been happier when Matt Lauer, Harvey Weinstein and Louis C.K. took the fall after sexual predator allegations in 2017. The Diet Cig front person hopes that this is the dawn of female equality.

"It's about time for fairness," Luciano said while calling from Wyoming. "I've felt that way for so long."

Luciano, 21, has written about gender inequality. "Sixteen," Diet Cig's personal, humorous and poignant single made some noise in the indie rock community after it was showcased in 2016.

The infectious, left of center track, which graces Diet Cig's breezy debut album, "Swear I'm Good At This," was inspired by Luciano's experience growing up in a small town.

"The song is about a problem we have today, which is slut shaming," Luciano said.

"It's also about the double standard for boys and girls. If a girl sleeps with a guy, she’s a slut. If a boy sleeps with a girl, he’s cool. When I was 16, I was growing up in a small town outside of Albany and I broke up with a boy and afterward, I was slut shamed. It felt bad at the time, but I got a song out of it.”

"Sixteen" enabled the vocalist-guitarist, and her sonic partner drummer Noah Bowman to take a step forward in a very competitive music industry. The pair appear tomorrow night at the First Unitarian Church in Center City.

"It's not easy in this business," Luciano said.

"There's no development. I think the best thing you can do is just be yourself and let things happen."

Luciano, who has never been in another band, can't imagine ever giving up the autonomy indie rock has given Diet Cig.

“We write the way we want to write,” Luciano said.

“There is nothing calculated about what we do. We just go for it. Nothing is off limits. We have songs that are funny and I love that because humor is a great coping mechanism.”

The tandem’s material appears to have come from an honest place. Luciano writes from experience. The brief but intense song, “Bite Back,” deals with anxiety.

“There’s something nice knowing everyone feels helpless,” Luciano belts out.

"I think people can relate to that line," Luciano said.

"We all feel helpless at times. It doesn't matter where you are in life. Sometimes, you feel like there is nothing you can do. But then you realize that you can deal with whatever is the problem. There are problems out there that are bigger than you."

There as issues like gender rights and equal pay, which Luciano sings about during the urgent "Tummy Ache."

"Those are huge issues," she said.

Even though it’s been nearly a year since “Swear I’m Good at This” dropped, Luciano and Bowman aren’t writing new songs yet.

“We’re not quite at that point, since we’re focusing on this tour,” Luciano said.

“We have some time blocked out. We’re listening to a lot of pop music and indie rock from this century. We’ll see what kind of impact that has on us when we start writing. The other thing is that Noah and I haven’t been doing this for that long. We’re still learning how to write together. We have a long way to go. We’re going to be discovering certain things. But the cool thing is that we click. I’ll come up with a guitar part and he’ll follow with a drum part. We create pretty easily. Maybe that’s so because there are no limitations. Anything goes and I think that’s so healthy.

"And there's equality in the band. That's what it's all about, right?"