J&J Snack Foods expects the deal to be closed by the end of June. The purchase will help the company grow its sales at venues like theme parks, movie theaters and stadiums. 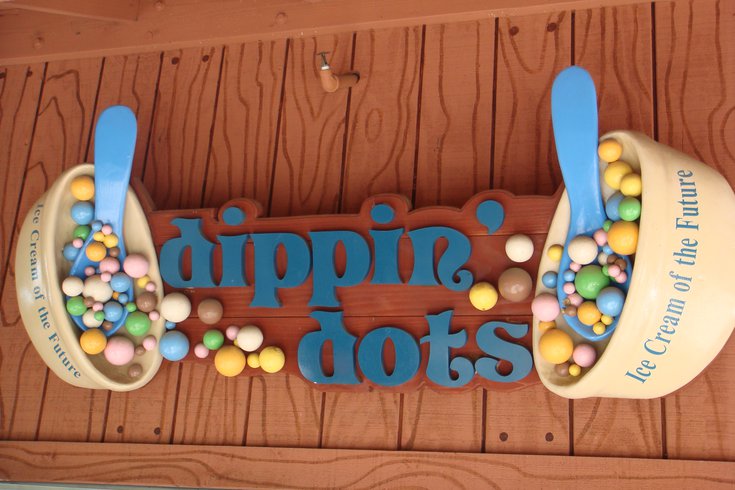 Dippin' Dots will be sold to Pennsauken's J&J Snack Foods, a company with over $1 billion in annual sales, by the end of next month.

Dippin' Dots will be purchased by a Pennsauken company which manufactures a wide array of iconic snacks and desserts.

J&J Snack Foods announced its plan to buy the company for $222 million on Thursday and expects the deal to close by the end of next month, the Philadelphia Business Journal reports.

The company which rakes in $1 billion in profits annually already makes desserts like ICEE, Slush Puppy and Minute Maid's frozen treats, so the purchase fits in well with their portfolio.

Dippin' Dots was founded in Paducah, Kentucky in 1988, which is still where the company is based and has its main manufacturing facility. The beaded frozen desserts are made with a signature patented cryogenic flash freezing process.

Today, Dippin' Dots are distributed in all 50 states and seven countries. The company has warehouses in Kentucky, California, Canada, China and Australia

The product is often sold at venues like zoos, theme parks or stadiums. Purchasing Dippin' Dots will help J&J strengthen its grip on those markets, CEO Dan Fachner said.

J&J makes other products sold in venues like that including Superpretzel Soft Pretzels and California Churros.

The company has demonstrated strong growth in recent months, according to an earnings report.

This was the fourth quarter in a row that net sales exceeded pre-COVID-19 levels.

The company's roots go all the way back to 1971, when founder Gerald Shreiber bought the J&J Pretzel Co. at a bankruptcy auction.

By 1986, the company was making $25 million a year and its stock was publicly traded.

J&J was featured in Forbes' list of the 200 best small companies six times, including five consecutive years between 2002 and 2007.