Local acts cozy up to listeners at The Lodge at the Blue Cross RiverRink. 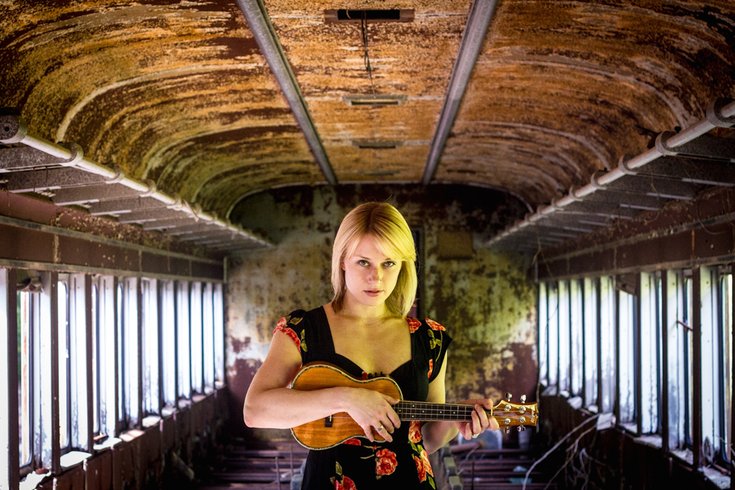 Chelsea Mitchell of Dirty Dollhouse will perform at The Lodge Jan. 17.

Now that the rabid holiday crowds have ebbed, the Blue Cross RiverRink Winterfest along the Delaware River Waterfront is ready for more (and hopefully calmer) wintry fun. With that comes more seasonal live music performances, courtesy of WXPN and The Key. Each month, WXPN's Fireside Sessions presents local acts at The Lodge, the cozy indoor space along the skating rink with plenty of grown-up drinks and yummy food.

Local acts Son Little and Dirty Dollhouse will perform for the crowd Saturday, Jan. 17. Son Little is the moniker of electronic soul musician Aaron Earl Livingston, who released the EP "Things I Forgot" last year. He has previously collaborated with The Roots and RJD2, and his single "The River" earned tons of praise, including a spot on NPR Music's extensive Favorite Songs of 2014. His raspy, soul-infused, psuedo-rockabilly sound will be stuck in your head for a long time.

So will the tunes of Dirty Dollhouse, the group Chelsea Mitchell began after writing a song she felt needed a few more voices. Gathering two talented friends, Amber Twait, previously of Bucks County's Levee Drivers, and The Lawsuits' Vanessa Winters, the three formed a special harmony on the song "Nobody's Daughter." Afterward, Mitchell kept writing music for the trio, and they've been together ever since.

Trying to distill the group's sound into one sentence, Mitchell said, "We're kind of like the intersection of Motown background harmonies and classic, traditional songs and country."

The sound, which Mitchell also calls " layered, old-school harmony," is at its best on the EP "25 Shades" the trio released last month.

Listeners will hear all of "25 Shades" at Fireside Sessions, as well as some new material and some of Mitchell's solo work. For fans outside Philadelphia, Dirty Dollhouse will be playing at Triumph Brewery in New Hope on Friday, Jan. 23 as well, so there's no excuse for missing this rising folk pop act.