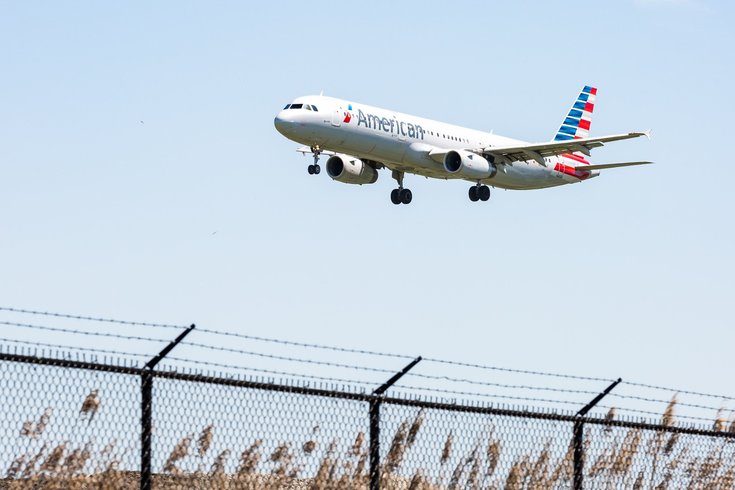 American Airlines Flight 728 left Philadelphia International Airport on Sunday at 9:50 p.m headed to London when it was diverted to Boston on Sunday night after a strange odor wreaked havoc on the flight crew.

An American Airlines flight headed to London from Philadelphia was diverted to Boston on Sunday night when an odor caused several members of the flight crew to become ill.

Flight 728 left Philadelphia International Airport at 9:50 p.m Sunday, the airline said. The Airbus A330-300 had 154 passengers and 12 crew members on board. An hour and a half into the flight to London's Heathrow Airport, an odor in the cabin caused 10 flight attendants to become ill.

One of the plane's pilots described it as a "dirty sock smell."

After the flight attendants requested an emergency landing, the plane landed safely at Boston Logan International Airport around 11:40 p.m.

According to WCVB, the pilot said in a radio transmission, "We have an issue with an odor on the airplane. Now, everything's normal. Everything's A-OK. We call it a 'dirty sock smell.' With that being said, we need to turn this airplane around."

American Airlines said the crew members who got sick were treated at a hospital in Boston and were later released, the Boston Globe reported. No passengers aboard the plane complained about the smell or fell ill.

The aircraft has remained out of service and a maintenance team is reviewing the smell and the source of the odor, the airline said in a statement. Passengers on the plane were provided overnight accommodations in Boston and are scheduled to make their way to London on Monday.