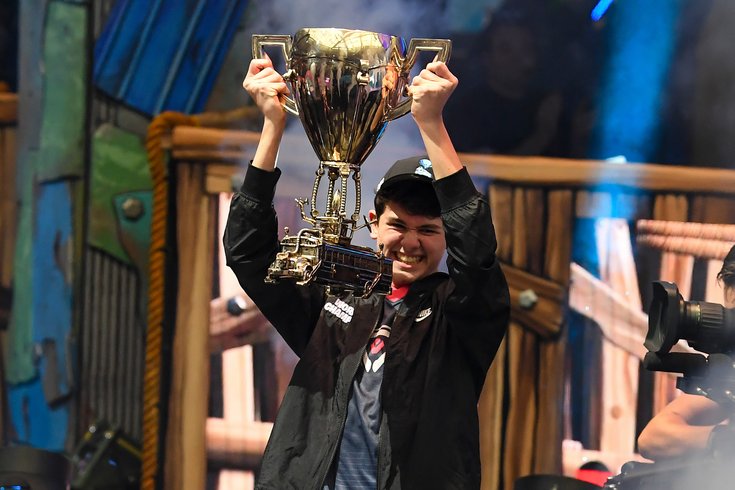 Competitors played "Fortnite: Battle Royale" for six rounds in the tournament. Giersdorf was one of 100 solo players when the tournament began. He became the last man standing, beating out second-place finisher, Harrison "Psalm" Chang by 26 points. He received 59 points overall to win the $3 million top prize.

"Words can't really explain it. I'm so happy," Giersdorf said to CNN. "Everything I've done in the grind has all paid off and it's just insane."

Chang, 24, won $1.8 million. He was also one of the oldest players in attendance at the tournament — most competitors were teenagers.

In an interview with ESPN Esports, Giersdorf said he plans to save the money and put it towards his future. His parents, sister, brother, and aunt were in attendance at the tournament to cheer him on.

To qualify for the For Fortnite World Cup, 40 million players competed over the course of 10 weeks. At the end of the preliminary round, 100 solo players and 50 duos from more than 30 countries were chosen to compete at the finals.

Fortnite is an online video game that was released by Epic Games to huge success in 2017.  Players can choose between three different games: "Fortnite: Battle Royale," "Fortnite: Creative," and "Fortnite: Save the World." The company says there are 250 million online registered users.