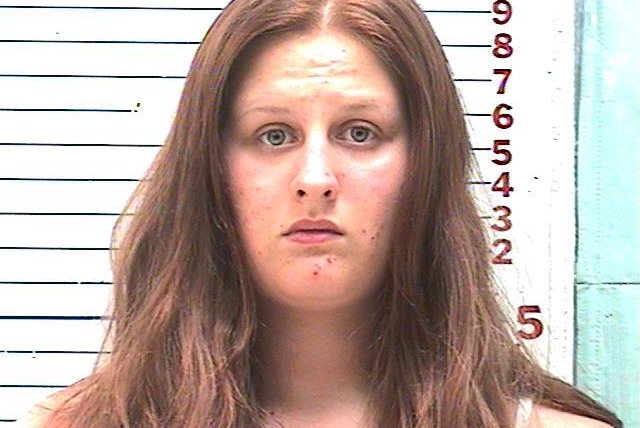 Julia Stensky, the former girlfriend of DJ Creato, the South Jersey man who remains in jail accused of murdering his toddler son, was arrested in Oklahoma early last week.

According to court documents, shared by Medicine Park Police Chief Tom Adrahtas, at abut 8:15 p.m., on Aug. 12, Stensky was arrested when she was stopped with driving at about 90 m.p.h. on a stretch of State Highway 49, at Madische Road, in Medicine Park, Oklahoma, that was marked for a speed limit of 45 m.p.h.

When an officer of the Medicine Park Police pulled over Stensky's blue Jeep Patriot and asked why she was driving at nearly twice the speed limit, Stensky told police, according to court documents, "she was not focused on driving."

Stensky, 18, was booked into the Comanche County Detention Center on a charge of reckless driving offense that occurred in Medicine Park, a small resort town of 382 population in the Wichita Mountains of Comanche County.  Jail records indicated she has since been released.

Stensky, of Feasterville, Bucks County, became a key figure in the case of 3-year-old Brendan Link Creato, who was found dead in a Haddon Township stream in October 2015.

Prosecutors in the murder case against DJ Creato allege that Stensky often expressed her anger and frustration with Brendan in her communications with her boyfriend at the time and that DJ Creato was subject to "manipulation" by Stensky.

The prosecution against DJ Creato claims Stensky's dislike of children motivated him to kill his son.