Do books have a restrictive rating system?

Some content is too mature for young people, so how – or is – it regulated? Infrequently Asked Questions seeks the answer 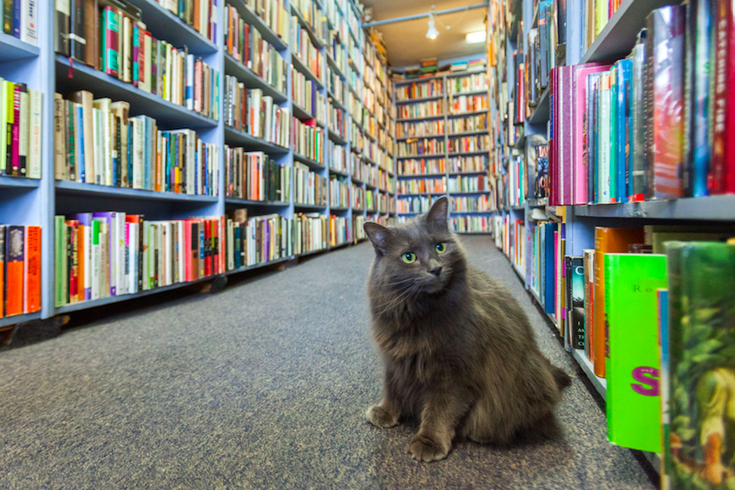 This cat is feline good.

While movies have had letter-grade ratings slapped on them since anyone can remember, and video games have maintained the Entertainment Software Ratings Board for decades, there's no obvious system in place for books to restrict--or attempt to, anyway--early-age access to content deemed mature.

Do books have any restrictive rating system in place?

Curious, we reached out to Gary Kramer, publicity manager for Temple University Press, for an explanation.

Do books have a restrictive rating system?

Publishing industry outlets like Library Journal review adult books and assume an adult readership. For gaming and video, they offer ratings provided by the publisher/producer, as a service to users. A lot of books are identified as children or young adults, or marked by age ranges or guidelines for the industry. If you go to Amazon, it’ll say "Ages 5 to 7," or "Teen" for books designated for those ages. Those kinds of ratings are in place. But those people who publish adult books assume adults are going to read them and there’s no [restrictive] rating system for them.

However, I’m reviewing a book right now, and there’s an author’s note saying that there are "discussions of mental illness, therapy and recovery” and it includes a portrayal of a character who [cuts himself] with themes that may be triggering for readers. That was the first kind of warning I’ve seen like that on a book; that it identified the content and gave readers a warning that could be triggering.

But would that get flagged at a checkout counter?

The thing is, it’s inside the book. So, if people don’t see it before they purchase it, who’s to say that they would know what it is? But books are returnable. Even if publishers would rather they not be. [Laughs]

• There is no restrictive rating system--"rated R," "M for mature"--for books. It's assumed books for adults will be read by them.

• Books are, however, categorized for age groups.

• Books also still get banned by organizations, at their discretion.

• There is such a thing as "Banned Books Week."

There is a concept of banned books, though. What is the distinction?

Banned books are books banned by a certain organization. The Texas Prison system banned our Temple University Press title Prison Masculinities. They probably didn’t like the content because it discussed sexual violence and prison rape. I don’t think we know why it was banned. If they tell us they don’t like Chapter 7, we have an idea, but I don’t know that they don’t have to tell you why it’s banned. And when you look at banned books, like with [the HOWL court case] and Catcher in the Rye, they were published for adults and meant to be read for adults. Is that enough of a rating system? It is what it is.

The other roundabout way to restrict media is to not have it made. What is your sense? Is there such a thing as a book that’s too racy?

“HOWL,” or “Howl for Carl Solomon” by Allen Ginsberg [in 1955], was a poem that was published by Lawrence Ferlinghetti and Shigeyosi Murao. They were arrested on obscenity charges. There was a big court debate over the content of the poem, which promoted drugs and sexuality. Certain words and sexual images were considered offensive, and there was a court decision that found the poem “had redeeming social importance.” It was a landmark case that allowed publishers to publish content that had been questionable.

It was [Ferlinghetti’s] work in publishing that made it important that people could have free expression. Catcher in the Rye is another censored book; it was published for adults and banned and challenged for decades, because it used the “F-word” and contained sexual content and other "adult" behavior.  I remember when I was in high school a teacher put the “F-word” on the board because he wanted people to be aware of its use in the novel.

Is it that we’re more culturally protective of books? The written word.

There is a children’s book called And Tango Makes Three. It’s about a pair of gay penguins in a zoo who adopt a baby. It was banned for promoting same-sex marriage, gay adoption, and homosexuality. But it’s a children’s book about penguins!

You can find lists of books that have been banned, and that can give you guidelines on what are hot-button topics or issues. I read this book, And Tango Makes Three, at the Free Library of Philadelphia on Banned Book Day one year. They gave me a list of banned books to look at and I did that one because I felt I could do justice to it. But I think it’s ridiculous that any of these books I mentioned should be banned because of sexuality.