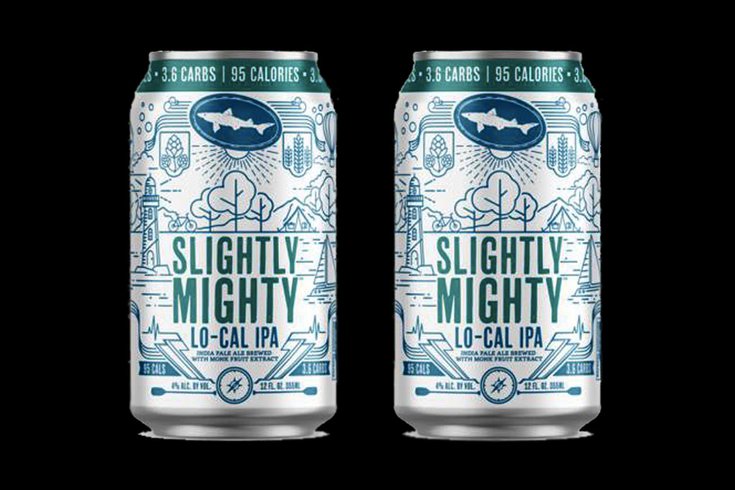 The Slightly Mighty IPA will have 95 calories, 3.6 grams of carbs, one gram of protein and zero grams fat per 12-ounce can, with a four-percent ABV (alcohol by volume). It launches in April.

It’s no secret that Philadelphians love the beer that comes from our neighbors to the south, Dogfish Head in Delaware. This local brewery’s IPAs are a year-round staple at many bars and parties, but their hefty calorie count — 200 calories per pint of the 60-minute IPA, for example — isn’t ideal for everyone’s health goals.

That said, the brand announced the launch in April of a lower-calorie IPA: Slightly Mighty, “a lo-cal IPA that’s mighty in hop character and slight in calories.” Slightly Mighty, according to Dogfish Head, has all the flavor and tropical aromas of a world class IPA, but with only 95 calories, 3.6 grams of carbs, one gram of protein and zero grams fat per 12-ounce can, with a four-percent ABV (alcohol by volume). The brew also will be available on draft. 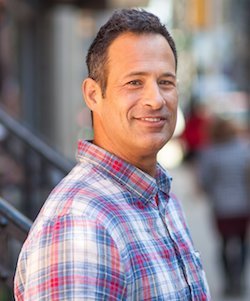 Made with active beer drinkers in mind, Dogfish Head’s founder and president, Sam Calagione, wanted to provide a beer that people can enjoy while engaging in sports and outdoor activities, without all of the calories and ABV, Calagione told Esquire.
To wit, Calagione is also acutely aware that younger people are more cognizant of living a healthy lifestyle, even while drinking, and a major trend across the broader alcohol industry at the moment is healthy (or, at least, healthier) products.

Of course, everyone knows that the act of drinking isn't exactly "healthy."

With the cult-followed competition of other “light’ beers — such as Coors and Michelob Ultra — Calagione realized he needed something that would help maintain flavor. He found it in an all-natural Chinese monk fruit extract — which has become one of the popular sweeteners for healthy eaters due to its ability to add sweetness without any extra calories or carbs, Esquire reports.

Later this year, SeaQuench (Dogfish Head’s first effort at a “healthier” beer) and Slightly Mighty will join SuperEIGHT, 5.3 percent ABV fruit-infused sour, and Namaste White, a 4.8 ABV Belgian-style wheat beer, in a variety 12-pack Dogfish Head has dubbed its Activity Box. Filled with lower-calories and low-alcohol beers, this pack is made for on-the-go drinking. You can even throw the entire box on ice — it’s water resistant, Runner’s World reports.