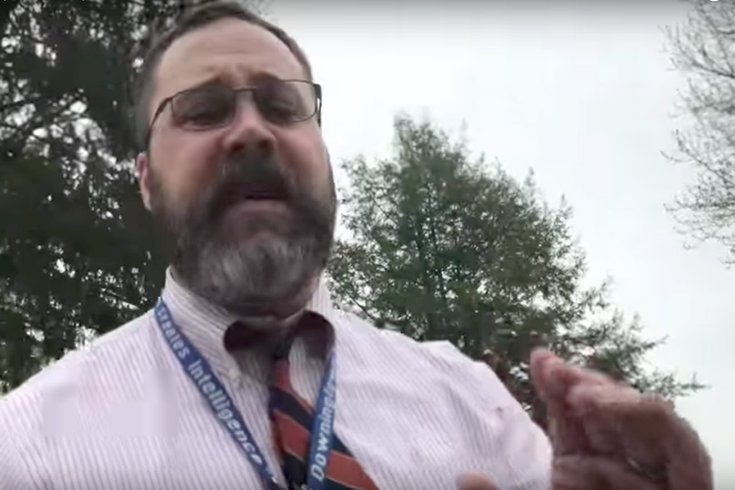 The dean of academics and student life at Downingtown STEM Academy submitted his resignation Thursday following weeks of controversy over a videotaped confrontation last month with teen pro-life demonstrators.

Dr. Zachary Ruff stepped down in the wake of his suspension after hearing last Friday, when Downingtown Area School District employees reviewed and discussed the April 21 incident depicted in a nationally circulated YouTube video. Ruff was directing traffic after classes when he engaged a group of teen members of the Christian activist network Project Frontline.

The 18-minute video showed Ruff reacting strongly to the demonstrators, who carried graphic signs of aborted fetuses and exhorted Ruff to turn to Jesus when he told the teens to leave school grounds. At one point, Ruff told the demonstrators he was "as gay as the day is long" and didn't "give a f--- what Jesus tells me."

In reviewing the video, Dr. Ruff knew that the conduct he displayed was not representative of who he is and was not representative of the kind of educational leader he prided himself on being. Dr. Ruff has acknowledged that the demonstrators had a right to be on a public sidewalk. He acknowledged that his conduct cannot be defended or condoned and he deeply regretted his actions as displayed on the video.

More than 20,000 people had signed an online petition defending Ruff, including students who described him as a "crucial and valuable member of the STEM community."

"This school district will not interfere with the rights of anyone to express themselves, as those US Constitutional 1st Amendment rights are established in law," the DASD statement concluded. "The Downingtown Area School District has policies that comply with all legal requirements, including compliance with the First Amendment. The two demonstrators had a right to be on a public sidewalk and a legal right to speak there as well."