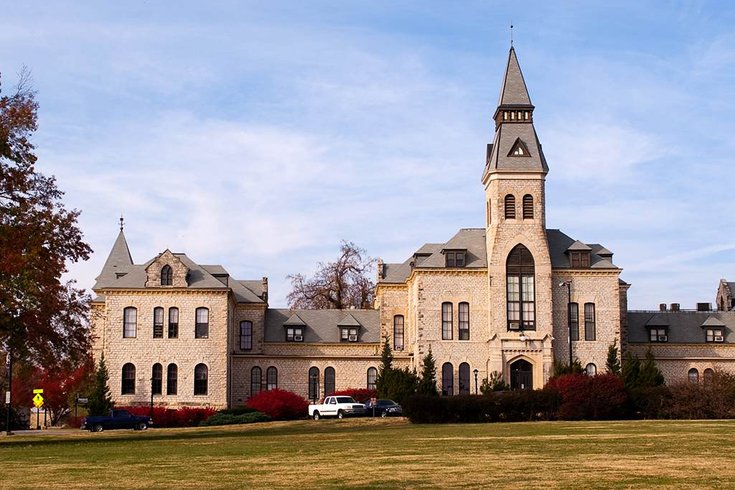 The campus of Kansas State University.

A 21-year-old Doylestown woman is one of two students at Kansas State University who filed lawsuits this week alleging the university failed to investigate rape accusations at off-campus parties held by Greek organizations.

Sara Weckhorst, a former basketball player at Central Bucks East High School, claims in her lawsuit that Kansas State violated the civil rights statute Title IX, which prohibits discrimination on the basis of sex, by refusing to investigate allegations stemming from an April 2014 incident during her freshman year, according to the New York Times.

In her lawsuit, Weckhorst says that she became incapacitated from alcohol during an off-campus fraternity party and was subsequently raped by two men, once in a pick-up truck and later in a "sleep room" at the fraternity house. During the second alleged assault, Weckhorst says in the complaint, she awoke and was informed that she had been raped by another fraternity brother earlier in the day as onlookers took photographs and video of the alleged assault.

Weckhorst reportedly sought medical attention the following day and filed a police complaint, but the university allegedly declined to take action despite her fear that she might run into the assailant on campus, the Times reported.

While Title IX specifically covers gender equity in education, the U.S. Department of Education advised universities in 2014 that they are required by statute to investigate off-campus rape accusations.

An attorney, representing both Weckhorst and fellow Kansas State student Tessa Farmer, said the two cases are also under investigation by the Department of Education. Both women are seeking monetary damages and orders for the university to investigate the accusations.

Read the full story by the New York Times.com.