Drexel dean to seek disbarment of Kellyanne Conway in N.J.

UPDATE (Feb. 28, 2017): The letter seeking sanctions, up to disbarment, by the D.C. Bar against Kellyanne Conway for making false statements and shilling for Ivanka Trump-branded products has been forwarded to New Jersey's Office of Attorney Ethics, according to professor Abbe Smith of Georgetown University.

Smith said it is the same letter already filed because the ethics guidelines in D.C. include provisions not included in other states' regulations. Washington "is the land of government lawyers," Smith said, adding legal regulators take note – and sometimes take actions – based on disciplinary decisions in other jurisdictions.

A Drexel University law school dean has joined with 14 law professors from around the country seeking sanctions by the D.C. Bar against South Jersey native Kellyanne Conway, a counselor to President Donald Trump.

Conway should be sanctioned for violating government ethics rules and “conduct involving dishonesty, fraud, deceit or misrepresentation,” according to the letter, which was signed by Susan L. Brooks, a Drexel professor of law and an associate dean.

A similar ethics complaint will seek disbarment of Conway in New Jersey, added Brooks, who said she was speaking as an individual, not as a representative of Drexel.

While Conway retains her law license in New Jersey, her membership in the D.C. Bar remains suspended for failing to keep current with dues.

But a professor at Conway's law school, John F. Banzhaf III, criticized the complaint, saying it "seeks a remedy which appears to be unconstitutional because it would chill the freedom of speech of any political figure simply because he or she was a member of the bar, and create an untenable double standard in which a tiny group of unelected officials could wreck someone's livelihood."

“We do not file this complaint lightly ... she is currently acting in a way that brings shame upon the legal profession.”

He added, "the very filing of this complaint upon such specious grounds could open the law professors themselves up to the filing of a bar complaint and subsequent investigation."

In their letter, Brooks and 14 other professors cited a number of examples of Conway's alleged misconduct in their letter to the D.C. Bar: 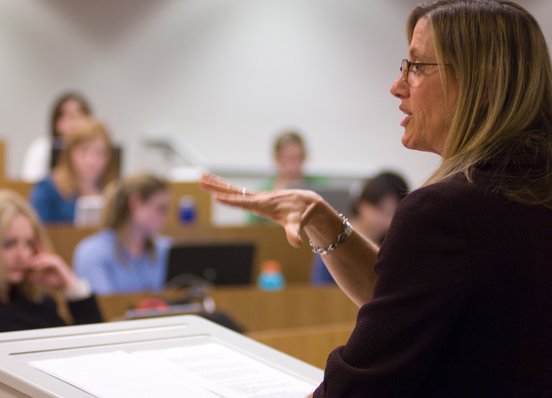 Brooks’ signing of the letter sets up a regional rumble, with a Philly lawyer and professor challenging a South Jersey native and a member of good standing of the New Jersey bar.

Conway is a native of Atco in Camden County who went to high school in Hammonton in Atlantic County. She is a graduate of George Washington University Law School in Washington.

Conway was admitted to the D.C. Bar in 1995 under her maiden name, Fitzpatrick, but does not actively practice law there. She had lived in Alpine, Bergen County, before joining the Trump administration.

Conway had overseen Trump's campaign in its closing months. She is primarily a pollster.

In their letter about Conway, the law professors wrote:

“We do not file this complaint lightly. We believe that, at one time, Ms. Conway, understood her ethical responsibilities as a lawyer and abided by them.

“But she is currently acting in a way that brings shame upon the legal profession.”

“What prompted our complaint was a combination of the specific conduct that Ms. Conway engaged in plus the fact that she holds such a high public office,” the letter concluded

The other professors who signed the letter teach at schools such as Georgetown, Yale Law School, Fordham University and Duke University.

The White House and Conway did not immediately respond to requests for comment.

D.C. Disciplinary Counsel Wallace “Gene” Shipp Jr. told the Washington Post that his office receives about 1,500 complaints a year, but investigates only between 400 to 500 of them.

Actions taken in response to a complaint range from dismissal to prosecution of the charges and possible disbarment, Shipp told the Post.

The New Jersey Office of Attorney Ethics said Friday morning it had not yet received an ethics complaint about Conway’s behavior.

Conway’s history of misrepresentations has led several television news shows to blacklist her, citing her unreliability. The White House "counseled" her after she promoted the Ivanka Trump clothing brand.

She had remained sidelined recently, without any public appearances before the media for eight days. But she spoke Thursday at CPAC, a conservative convention in Alexandria, Virginia, where the president spoke Friday.