Group will also continue to ask for a town hall 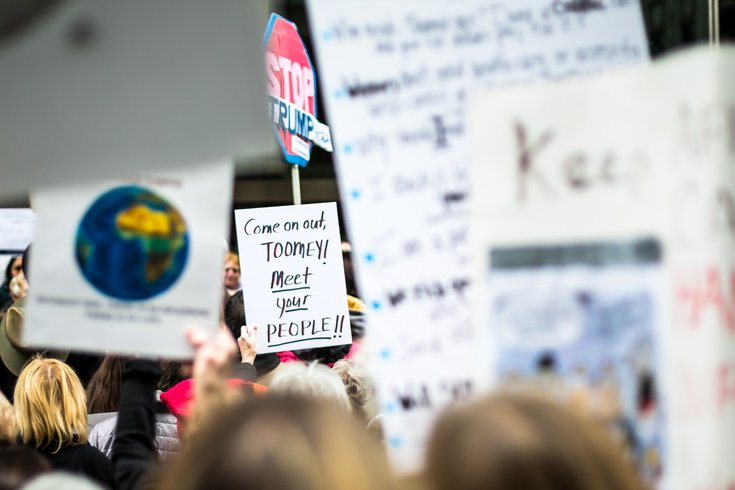 According to a statement from the group, the Tuesday protesters will again gather outside Toomey’s Pennsylvania offices and will request that the senator stand up against the slashing of environmental regulations “so the health and safety of Pennsylvanians is protected against the threats of powerful special interest groups, including fossil fuel companies, who place profit over safety.”

The group wants Toomey to instead work to help bring more jobs in renewable energy, energy efficiency and related fields to the state.

Also on Tuesday, President Donald Trump is expected to lay out his budget proposal before Congress. It calls for slashing big chunks from the EPA, among other things, while giving a big bump to military spending.

The Tuesday protests started in the wake of the presidential election with a mission of holding Toomey accountable to his pledge that he would not be a "rubber stamp" for Trump.