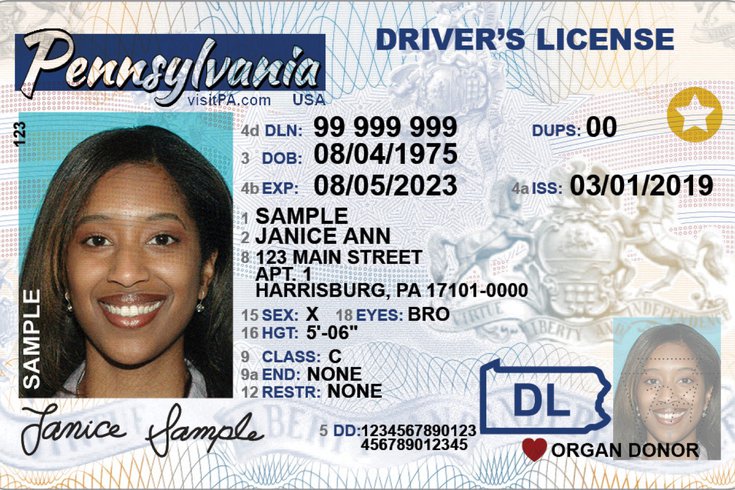 Pennsylvania is now one of 16 states to allow residents to identify as gender-neutral on its driver's licenses and state-issued identification cards.

Pennsylvania residents now can identify themselves as non-binary on their driver's licenses and photo identification cards.

Gender designation options now include "X" for gender-neutral, along with "M" for male and "F" for female, the Pennsylvania Department of Transportation announced Thursday.

Residents who wish to change their gender designation should fill out a form and bring it to any Pennsylvania Driver's License Center. The process must be completed in person. Locations for centers can be found here.

The change can be made free-of-charge and does not require the signature of a medical or social services provider.

Pennsylvania is now among 16 states that offer such services, which PennDOT officials described as an opportunity to provide fair and equitable services.

"Our identity documents are critical to how we navigate the world, and having an affirming and accurate ID is critical for access to employment, health care, housing and so much more," PennDOT Secretary Yassmin Gramian said. "Offering equitable and inclusive services for all Pennsylvanians is central to PennDOT's mission, and I'm proud that we're taking this step."

PennDOT announced last year that it planned to roll out the initiative by mid-2020. It received the support of Gov. Tom Wolf.

"By removing barriers to make these changes, we are providing Pennsylvanians the agency to live their lives as their true selves," said Rafael Álvarez Febo, executive director for the Pennsylvania Commission on LGBTQ Affairs. "Your state issued ID is quite possibly the most important identity document you use on a daily basis, it should reflect your truth."

This isn’t the first time PennDOT has made a change to the identification system's gender markers without legislative action.

In 2010, PennDOT made changes to allow transgender residents to correctly identify their genders on licenses and state-issued ID cards.