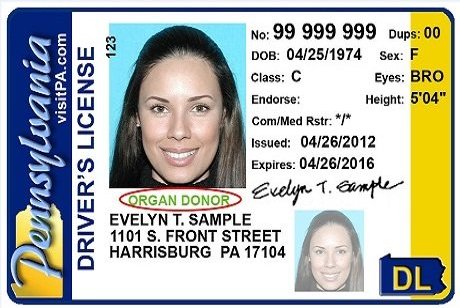 Shown here is a Pennsylvania driver's license. By the middle of 2020, the Pennsylvania Department of Transportation plans to provide a gender neutral option for those who don't want to disclose their gender on their license.

By the middle of next year, licensed motorists in Pennsylvania could have the option not to disclose their genders on their driver's licenses.

A spokesperson with the state's Department of Transportation told the Daily Item on Tuesday that motorists will be able to place an "X" on the gender section of their respective licenses in the near future. The spokesperson said the option should hopefully be available by mid-2020, likely before the end of next July, though the exact timeline is subject to change.

Pennsylvania Gov. Tom Wolf told the Associated Press on Wednesday that he supports the idea.

"I believe that we ought to recognize and be supportive of folks who are looking to figure out what their gender identity is," Wolf said.

This wouldn't be the first time PennDOT made a change to the identification system's gender markers without legislative action.

In 2010, PennDOT allowed changes in gender markers in a move aimed at allowing transgender Pennsylvania residents to correctly identify their genders on licenses and state-issued identification cards.