Toddler dies after hit-and-run in Kensington 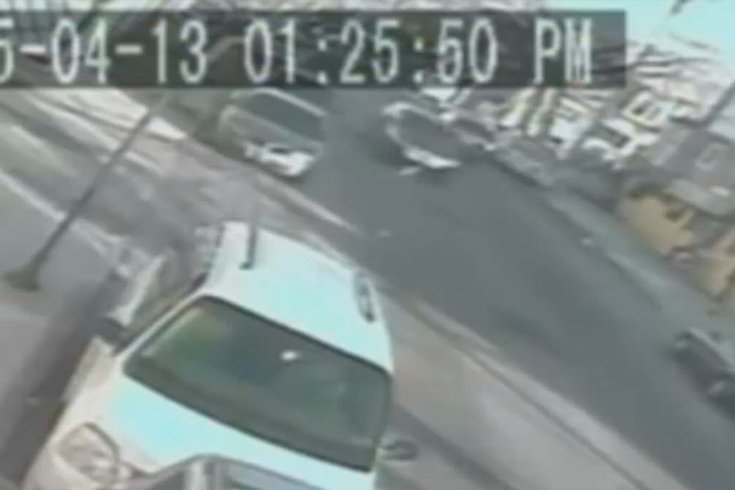 The above image shows the vehicle police are looking for in a fatal hit-and-run that killed a 4-year-old.

A 2-year-old who was struck, along with his 19-year-old mother, during a hit and run died Thursday morning and police have increased the reward for any information that leads to the capture of the driver from $10,000 to $20,000.

David Alicea Jr., was pronounced dead at 1:38 a.m. at St. Christopher's Hospital with his mother by his side, police said. The 2-year-old and his mother were struck by a four-door 2007 white Infinity sedan  with a moon roof and damage to front drivers' side headlight, while crossing Mascher Street and Lehigh Avenue Monday evening. Alicea landed on the sidewalk and suffered a broken pelvis and severe head trauma.  The car was possibly occupied by two White or Hispanic males, police said.
The mother, whom police did not identify, also suffered head injuries. She was released from Temple University Hospital earlier this week.
Police are also looking for the driver who killed a 4-year-old who darted into the street at the 1600 block of South 57th Street in Southwest Philadelphia Monday, police said. The child, who was not identified, was struck and run over by a black Ford Edge SUV. The victim was taken to Children’s Hospital of Philadelphia and pronounced dead just over a half-hour after the collision.
Police said they believe the SUV was driven by a black female and was damaged on its front and lower left side. Michael Diamondstein, an attorney for the driver, said his client was behind the wheel when the deadly crash occurred, NBC10 reports.
The owner of the SUV had yet to turn herself in early Thursday morning.
Police are also offering $20,000 for information that leads to the arrest and conviction of the second hit-and-run that occurred in Kensington, CBS Philly reported.
“We’re pretty confident that we will be able to identify and apprehend both of these drivers,” said Philadelphia Police chief inspector Scott Small to the CBS affiliate. None of the victims have been identified by police.
Police are asking that anyone with information contact investigators at 215.686.TIPS (8477) or text a tip to PPD TIP or 773847.