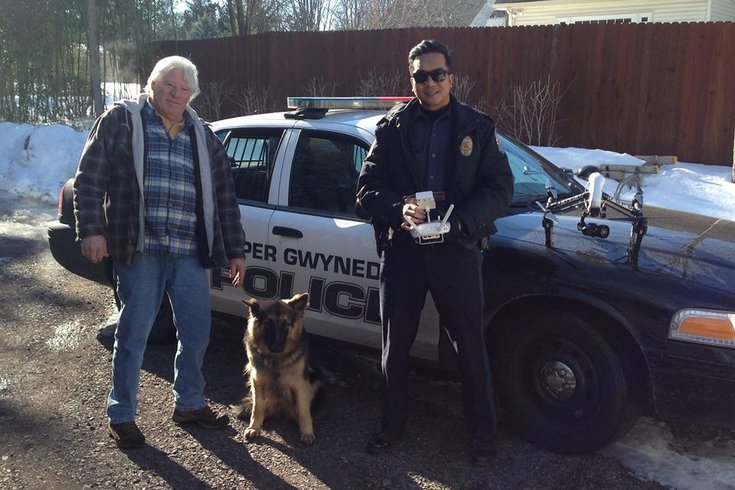 Officer Yin Young used his drone to help find Kasi, a German Shepard who ran away from home Saturday.

A Montgomery County police officer employed a remote-controlled flying device to help find a puppy that ran away from home over the weekend.

According to police in Upper Gwynedd Township, a 10-month-old German Shepherd named Kasi went missing Saturday from her home on the 1000 block of South Broad Street in Lansdale.

The dog's owner, George Burns, searched on foot for Kasi but was unsuccessful. Luckily for him, Officer Yin Young came to his aid and sent out his personal drone, which is equipped with a high-definition camera.

Within 20 minutes, Young was able to spot Kasi in the nearby woods and bring her home.

Some governments and law enforcement agencies around the country have started using drones to assist in their duties.