WATCH: PATCO transit cop fired due to use of force, says DRPA chairman

Incident happened in Cherry Hill on May 3 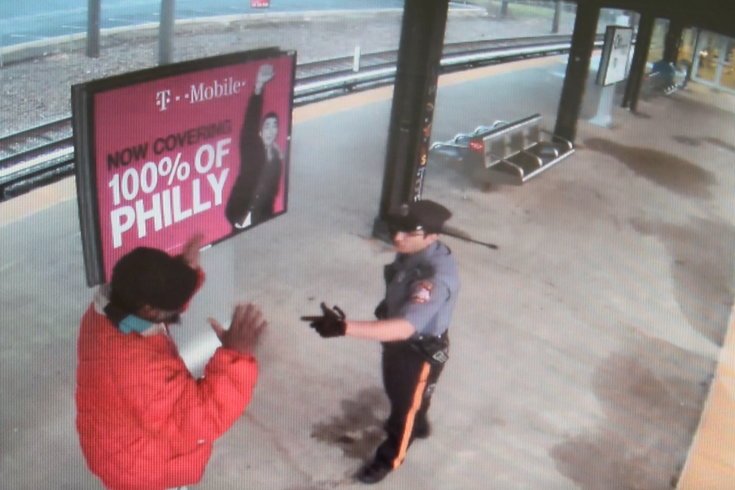 PACTO officials announced Friday, Sept. 2, 2016, that the officer seen in the screen capture of this security video has been removed from the department due to the use of inappropriate force during an arrest on May 3, 2016.

The Delaware River Port Authority is firing a transit officer due to his inappropriate use of force dealing with a rider at the Woodcrest Station of the PATCO rail line in Cherry Hill on May 3.

Delaware River Port Authority CEO and PATCO president John Hanson, in a statement Friday, said, "The incident involved use of force by the officer in the arrest of the individual for disorderly conduct and resisting arrest."

Once the incident was brought to the attention of the Delaware River Port Authority, the rail line's parent agency, the officer was suspended and his badge and weapon surrendered.

"The matter was turned over to the Camden County Prosecutor’s office for investigation," Hanson wrote.

"We have been informed that the Camden County Prosecutor’s office has decided not to take action," Hanson's statement continued.

However, the statement added, "We have made a determination that the incident reflects actions inconsistent with our organizational core values and in direct conflict with the high standard of conduct we demand from our law enforcement officials.

"As a result, we have taken action to terminate the employment of the officer in question, effective immediately," Hanson's statement concludes.

A spokesman from the county prosecutor's office declined comment.