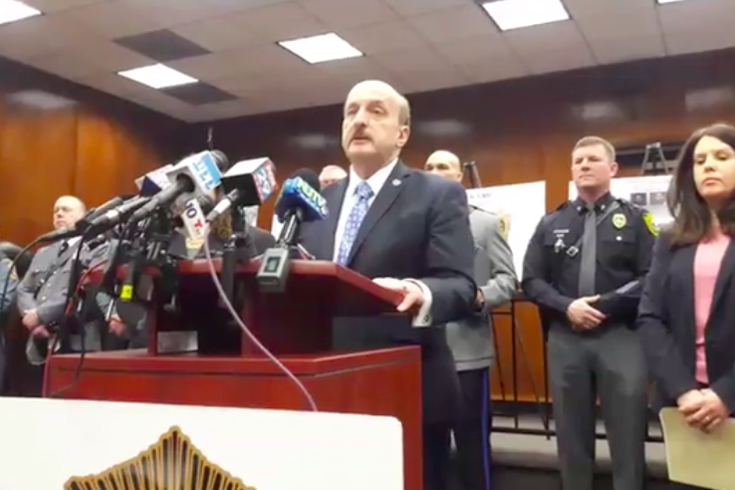 Prosecutors in Ocean County on Friday announced the conclusion of a massive drug bust that spread from the Jersey Shore up through the rest of the state and into New York, marking the largest takedown in the 30-year history of the county's special operations group.

The year-long "Operation Heading Back" investigation targeted high-level heroin, cocaine, marijuana and prescription pill distributors who were found to be operating in seven New Jersey counties and New York.

Over the course of the operation, investigators issued 33 search warrants and arrested 28 suspects, dismantling nine production facilities in the process.

“As evidenced by the seizure of 90,000 doses of heroin and 20 firearms, this drug ring was not only fueling the epidemic of opiate addiction that is destroying so many lives in New Jersey, it was engaged in the variety of drug trafficking that drives much of the gun violence in our communities," New Jersey Attorney General Gurbir S. Grewal said.

At a press conference Friday morning, Ocean County District Attorney Joseph Coronato said there was no apparent kingpin in the drug distribution network.

"Today marks the disclosure of the first of many significant future narcotic operations, adding to our already robust enforcement of our drug laws and the drug induced death strict liability statute," Coronato said. "We’re sending a clear message to drug dealers that Ocean County is not fertile ground for their enterprise.”

Details about the arrests and charges filed in "Operation Heading Back" can be found here.