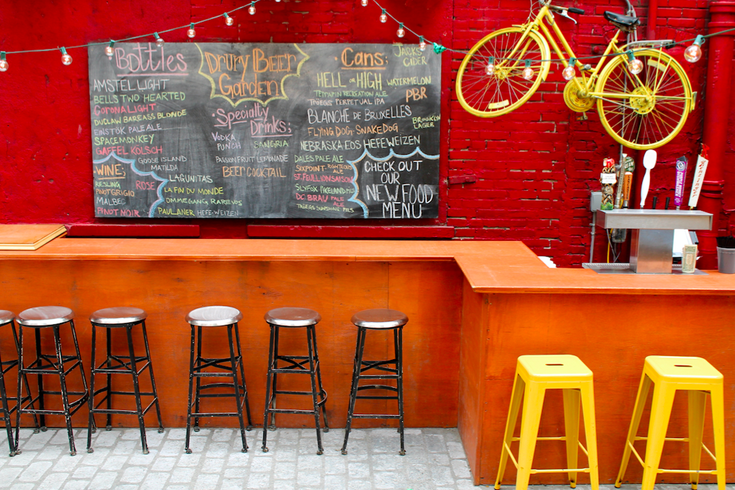 Center City's Drury Beer Garden, located behind the restaurant Opa, is set for the outdoor drinking season. The tents are down and the beer garden is ready to embrace the warm weather. A spring kickoff party will be held on Saturday, April 30, and will feature a complimentary pig roast beginning at 1 p.m. As for what to expect for the rest of the season, we have the details.

Don't worry, though, if you're thinking, "But a beer garden should serve mostly beer." Drury will have eight rotating beers on tap. There's also a new list of bottles and cans available during the season:

Every Monday, beginning at 5 p.m., Nintendo 64 and NES (Nintendo Entertainment System) will be set up for guests to play on large, flat-screen TVs. Up to four players can play at a time.

Then, on Tuesdays, from 4-7 p.m., there will be a rotating selection of backyard and street food items for $5 or less, in addition to the regular menu.