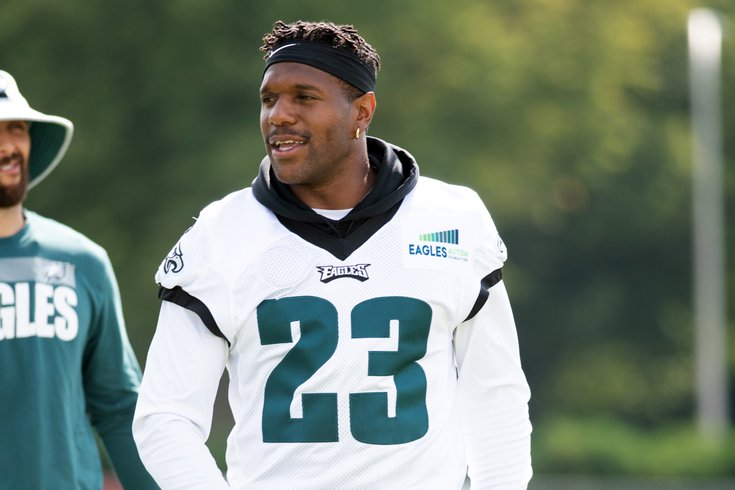 The Eagles announced on Monday afternoon that they have activated safety Rodney McLeod and offensive lineman Landon Dickerson from the PUP list.

It was expected that McLeod, who tore his ACL against the New Orleans Saints in December last season, would be activated from the PUP list prior to 53-man cutdowns. McLeod is a starter at a position in which the Eagles are incredibly thin.

The question going forward for McLeod will be whether he will be ready for the 2021 season in time, and even if so, will he look like the slower 2019 version again, or the more effective 2020 version?

Dickerson's situation was a little more unclear. He too tore an ACL in December of 2020, but he is not a starter, and the Eagles have plenty of depth along their offensive line, so it might have made sense for the team to keep Dickerson on the PUP list through the first six weeks of the regular season, where he would not count toward one of the team's 53 roster spots.

Still, all along, it seemed like the Eagles planned on playing Dickerson this season.

"We're confident it's not going to be a redshirt season," Howie Roseman said shortly after the draft, back in May. "[With Sidney Jones] we kind of said, ‘Hey, this is a guy, he's not going to play this year and we're just going to get him right.’ That's not what we were thinking about with Landon."

Dickerson could initially be a backup at all three interior offensive line spots, and the activation of him could make other offensive linemen reserves on the roster expendable.