Eagles win, but secondary shows why Jalen Ramsey trade is a necessity 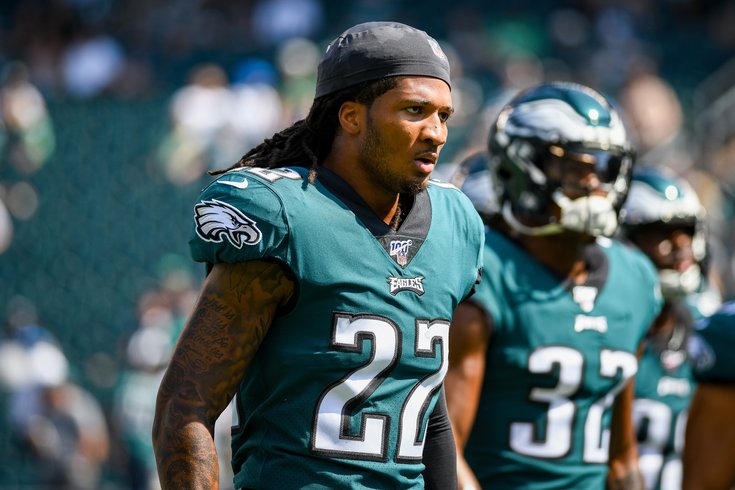 If the Eagles hope to actually contend this season, they need some help defending the pass. Which means now, more than ever, the team needs reinforcements. If only there were a Pro Bowl, All-Pro caliber cornerback under the age of 25 currently available on the trade market...

Not only did the Eagles wind up eventually losing four of their top five cornerbacks in Thursday's incredible 34-27 win over the Packers, they also gave up a ridiculous amount of offense and had almost no business leaving Wisconsin with a 'W.'

Already short-handed without regular starter Ronald Darby (who is likely out for a month with a hamstring injury), the Eagles needed Sidney Jones and Rasul Douglas to hold strong against Aaron Rodgers and Green Bay's pass attack Thursday night.

In the Packers' first possession, Rodgers finessed a perfect throw to Davante Adams, an over the shoulder grab in stride for 58 yards. In coverage was Jones, who had no chance of stopping the play. Green Bay would score a few plays later.

Adams was a thorn in Philly's side all night, showing weaknesses in not only the secondary's coverage abilities but also in their tackling. He had 107 first quarter yards (and 158 in the first half) and made Philly's defense look like total inept fools. Rodgers completed his first 10 passes.

Not sure this is the best way to cover Davante Adams! pic.twitter.com/5jpEClVUn0

Making things worse was an apparent injury to Jones, who was seen trotting into the locker room after the first quarter after missing a few plays in the medical tent — putting Avonte Maddox outside, Malcolm Jenkins in the slot and back up safety Andrew Sendejo in at safety on nickel and dime downs.

The Jones-less defense was no better at slowing down Adams, as lax coverage from Maddox and a facemask by safety Rodney McLeod turned a 39-yard catch and run into a big 54 yard gain to lead to a second Green Bay field goal.

After three Eagles touchdowns, Rodgers once again tore the secondary apart, using back-to-back passes to Geronimo Allison to get the Packers within one, 21-20 at halftime.

How did Geronimo Allison hang on to this? @813Geronimo #GoPackGo#PHIvsGB on @NFLNetwork | @NFLonFOX | @PrimeVideo
How to watch: https://t.co/32PKxts362 pic.twitter.com/znneVIIljy

The shifting of positions wound up costing Philly when Jimmy Graham caught a touchdown pass, beating Sendejo who took a bad route to try and stop him in the red zone.

Douglas was better, but still was guilty of several big mistakes like a pass interference push off in the second quarter. Maddox had his own PI called in the end zone early in the fourth leading to an impressive goal-line stand to keep Philly up by a touchdown.

On the Packers' final drive, Johnathan Cyprien was guilty on a huge third and eight, giving Green Bay new life as two first downs set them up inside the 10 yard line with a minute to play. Maddox took a gruesome hit to the helmet from a teammate on the second of those conversions. Maddox remained down for a long time and eventually left the field on  stretcher.

Needing a miracle to keep the Packers out of the end zone with 80% of their cornerbacking unit unable to perform, they got it not from a member of the secondary, but from linebacker Nigel Bradham, whose pick in the end zone clinched victory for the Eagles.

However, allowing 400 passing yards and needing a yeoman's performance from the ground game and an improbable turnover in the closing seconds is not a formula for winning very many games.

Weeks ago when Ramsey first demanded a trade, the Eagles were among the teams with a fit, need and motivation to make a move for the Jaguars shutdown corner.

Roseman will not be shy to buy before the upcoming trade deadline, especially with one of the NFL's oldest rosters and very high expectations to compete for a playoff spot.

Ramsey, a former first-round pick, is in the third year of a five-year rookie deal (assuming his fifth year option is picked up). It's been a while since Philly boasted a shutdown cornerback, and their defense has been unable to rely on any of its options over the last few years.

Jalen Mills, typically a starter for the Birds, will be out until at least Week 8 as he started the season on injured reserve.