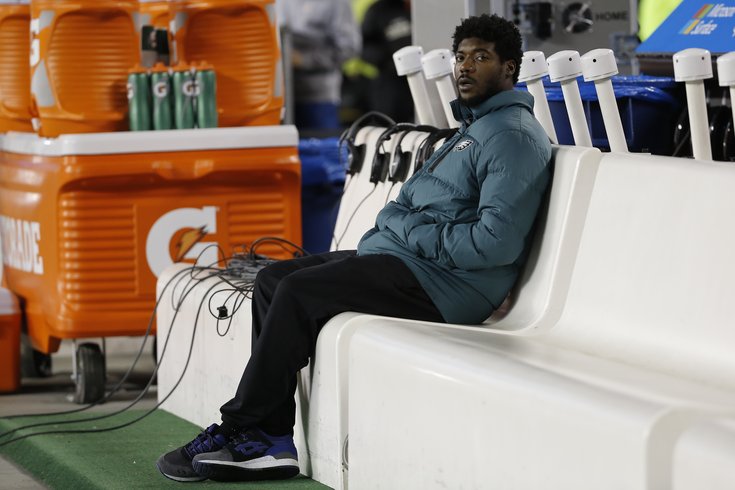 When the Eagles agreed to a trade that would send Byron Maxwell and Kiko Alonso to the Dolphins in return for some sort of draft pick compensation, some cautioned that Alonso would have to pass his physical before the trade could become official.

It turns out Alonso wasn't the one to worry about. Rather, Maxwell's shoulder was an issue for Miami, according to Ed Werder of ESPN:

Source tells @mortreport and I #Dolphins-#Eagles trade involving Byron Maxwell, Kiko Alonzo may be off b/c concern Maxwell shoulder injury

As of now, #Dolphins consider trade with #Eagles to be dead. Deal had teams swapping spots in 1st round of draft, Eagles moving from 13 to 8

The Eagles moving from 13 to 8 in the first round of the draft would have been an incredible return. Maxwell's failed physical can only be viewed as an enormous disappointment.

Maxwell missed the last two games last season with a shoulder injury he suffered against the Cardinals Week 15. After learning of the trade, Maxwell seemed to be happy he was heading to Miami.

Yeah, not so fast, Byron.

UPDATE #1: Jason LaCanfora of CBS reports that the Eagles do not consider the deal dead:

From the Eagles perspective, trade with Miami is ongoing process. Still going through details of the physicals and trying to complete a deal

Trade is NOT off at this time. Dolphins gathering more information that will determine comfort level for going forward. That's where it is.

Ugh. This is going to be a long day.

UPDATE #2: Albert Breer of NFL Network is reporting that there is still a good chance the deal happens.

We'll see if the Dolphins are able to weasel their way out of the 13-to-8 pick swap.