Eagles should be evaluated statistically in terms of 'per drive,' not 'per game' 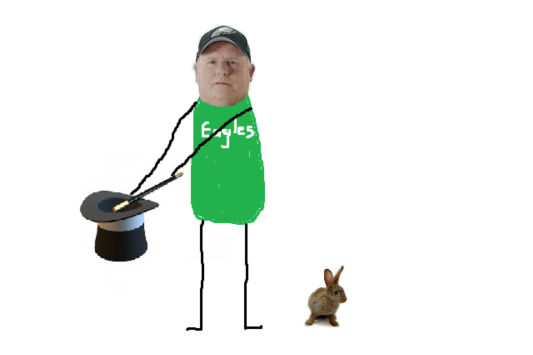 Chip's artificially inflated offensive numbers were an illusion in 2014, and they got worse in 2015.

Oftentimes the Eagles' offense will put up what look like good numbers statistically, but lose. For example, against the Cardinals last year, they racked up 521 yards, but only scored 20 points, and lost. They gained 429 yards against the Packers but got blown out. Against the Redskins, they put up 495 yards of total offense, but scored 24 points and their season was over.

That trend continued to some degree Week 1 against Atlanta. The Eagles gained 399 yards against the Falcons, which on paper looks good, but in reality did not match up with how they looked on the field. In the week of practices following that game, Chip Kelly was asked about the distribution of yards between the run game and passing game.

"We're concerned with moving the ball down the field," said Kelly. "So at the end of the day whether we rush it for 399 yards or pass it for 399 yards, whatever, that's not my concern. What’s the distribution? It’s are we moving the football and getting the ball into the end zone is what we’re concerned with. How we get it there isn't a concern for us."

Kelly cited 399 yards as if it was a good number of yards. Traditionally, if you average around 400 yards per game, you're going to end up in the top five in total offense in the NFL. However, the way the Eagles play offense, 400 yards per game is meaningless.

Since Kelly took over in Philly, the Eagles have had very low time of possession numbers because they probably run the fastest-paced offense in NFL history. Kelly couldn't possibly care any less about time of possession, and I don't fault him for that.

However, his fast-paced offense leads to incredibly skewed stats on both sides of the ball. For example, the Eagles' basic offensive stats in 2014:

Obviously, on paper, those numbers look excellent. However, the reality is that the offense was not anywhere near as good in 2014 as it appeared on paper. In addition to the Eagles scoring 11 defensive and special teams touchdowns, the offense's numbers were helped by an important factor -- the fast pace with which they run allow them to run more plays and more drives than any team in the league. On the downside, as a result, the defense is forced to face a high number of snaps and drives as well.

A much better measure of how efficient the Eagles' offense and defense has played, which factors out their fast-paced offense are "points per drive," and other drive stats.

Offensively, according to Football Outsiders, the Eagles scored 1.98 points per drive in 2014, which was good for 13th in the NFL. That is certainly nowhere near as impressive as the basic numbers above would suggest. Other drive stats:

In short, the Eagles scored a lot of points and racked up a lot of yards in 2014 because they ran a ton of plays, not because they were actually efficient.

The defense, meanwhile, looked bad in 2014 because it put up what look like terrible numbers by traditional statistic measures:

However, in reality, the defense's 'per drive' stats were actually pretty good. Defensively, again according to Football Outsiders, the Eagles allowed 1.85 points per drive, which was 15th in the NFL. They allowed the seventh-fewest yards per drive.

In 2015, the Eagles' per drive stats offensively are predictably awful:

Defensively, they've been better than average:

Chip Kelly noted that he wanted to get better on defense this offseason, and as a result, some sacrifices had to be made offensively to achieve that. Kelly may have miscalculated overrated how good his offense actually is.