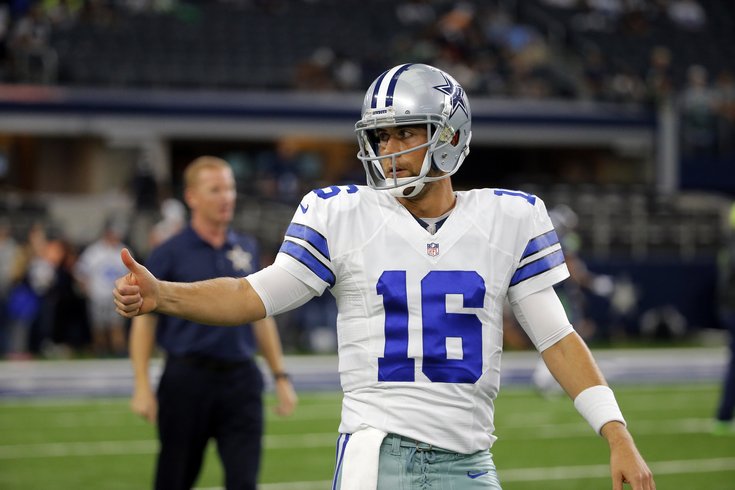 Matt Cassel describes his play so far this season, if it were Opposite Day.

Back in Week 2 when the Dallas Cowboys came to Lincoln Financial Field, they were missing their most talented player (Dez Bryant), their best defensive back (Orlando Scandrick), their best pass rusher (Greg Hardy), another dynamic pass rusher (Randy Gregory), their starting middle linebacker (Rolando McClain), and their starting left guard (Ronald Leary).

The Philadelphia Eagles could not take care of business then, but if they can even the series between themselves and the Cowboys in Dallas this Sunday, they can all but bury them for the season. Most of the above players who did not play in Philly Week 2 will play this Sunday, but their most important player by a mile, quarterback Tony Romo, of course will not. Instead, the Eagles will face a Cowboys offense led by the woeful Matt Cassel, who has a 58.5 QB rating through his first two starts with Dallas. Currently, the Eagles are 2.5-point road favorites, according to a Vegas consensus of sports books.

A loss would send the Cowboys to a 2-6 record, which has not exactly worked out so well for other 2-6 teams over the last 25 years. Here's a chart from fivethirtyeight.com, showing the percentage chance to make the playoffs for each possible record (not including ties): 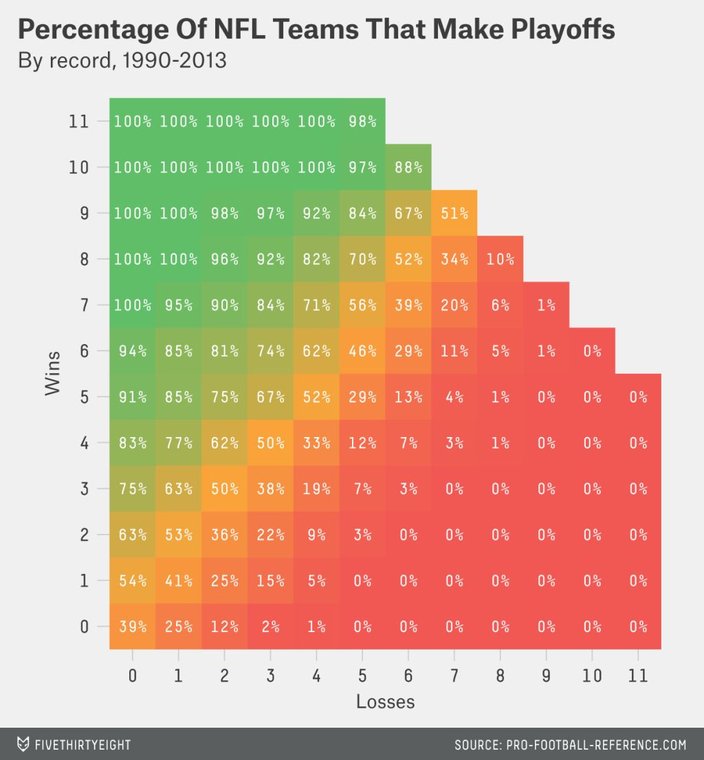 Of course, as we noted this morning, the NFC East is trash. The Eagles can't catch or throw. The Giants have been historically bad on defense through the first eight games, and the Redskins are the Redskins. So if there ever was a team who could recover from a 2-6 record to make the playoffs, it would be the Cowboys in the awful NFC East, especially with a return of Romo somewhere on the horizon.

However, the Cowboys have never looked impressive at any point this season. Frankly, due to an officiating error against the Giants Week 1, they're fortunate to be 2-5 instead of 1-6. And in their only other win this season, which was of course against the Eagles, the Cowboys got almost nothing going offensively, even with Romo at quarterback.

Following this Sunday's game against the Eagles, four of the Cowboys' next five games are on the road, including a trip to Lambeau Field, where Aaron Rodgers recently had a streak of 49 straight TD throws without an INT snapped. Their lone home game during that stretch is against the undefeated Carolina Panthers.

The Eagles have mostly been in survival mode after starting 0-2, but have been lucky that the NFC East does not have any good teams, themselves included. Coming off a bye with plenty of time to correct their early-season issues, the Eagles can go into Dallas like hunters instead of survivors, for a change. Hopefully for Eagles fans, the Birds learned how to catch a football during the bye week.