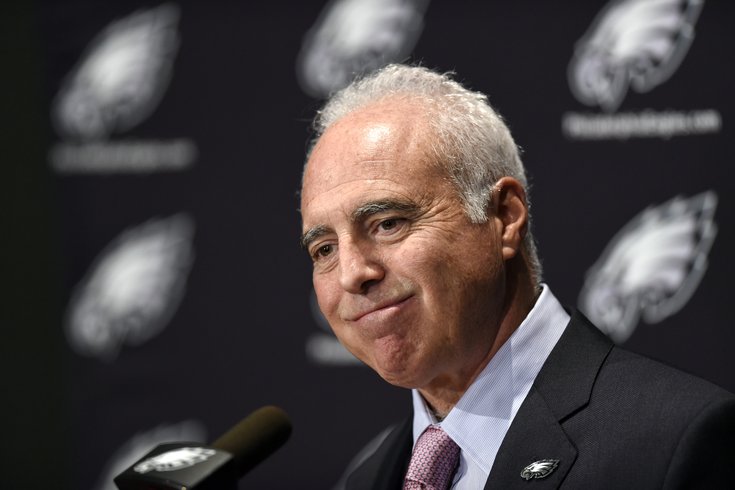 During Doug Pederson's introductory press conference as the Eagles' new head coach, owner Jeffrey Lurie announced that the team would be conducting a search for a new "player personnel head." That search was later put on hold until the conclusion of the 2016 NFL Draft, a move that was heavily criticized.

With a deeper pool of personnel people to draw from after the 2016 NFL Draft, the Eagles may have found a well-regarded talent evaluator in Douglas. Before moving onto Chicago for a promotion to college director of scouting, Douglas was a Baltimore Ravens scout for 15 years. From the Ravens' website:

Douglas was promoted to national scout after the 2012 draft, following three years as a Southeast area scout (2009-2011). He evaluated cornerback Lardarius Webb (Nicholls State), defensive end Pernell McPhee (Mississippi State) among others. As an East Coast scout in 2008, Douglas played a key role in scouting quarterback Joe Flacco and running back Ray Rice.

The Eagles considered Douglas for their college scouting director position last year before the Bears hired him, according to a report last week by Brad Biggs of the Chicago Tribune.

Weidl was also a long-time Ravens scout, most recently as their East regional scout from 2013-15.

“It’s imperative to me that we have a player personnel department that is not only top-notch and innovative, but has excellent communication with all phases of our football operations,” said Jeffrey Lurie in a press release. “It’s a crucial part of the success of an NFL franchise and it will always be a priority for me. I’m very pleased how thorough and patient we were with the search process that began in January. With the additions of Joe Douglas and Andy Weidl, along with the other changes we have made, we all feel that we will have a strong department of talent evaluators that will work well with all facets of football operations to make the best decisions for our franchise and for our fans.”