The kickoff video features a handful of Philly people, places, and businesses 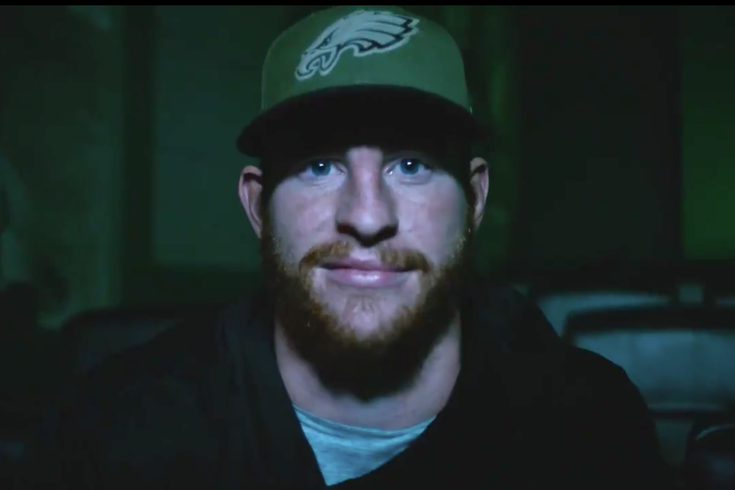 The Eagles' first hype video of the season features a handful of Philly places, people, and businesses.

The Eagles' first hype video for the 2019 season was released on Friday — just in time for the home opener against the Washington Redskins.

The video definitely makes you feel like the Birds are as anxious to start the season as fans are.

Obviously, the video features many of the Eagles stars — Carson Wentz, DeSean Jackson, Jason Peters — but it also has some local faces that we noticed, too.

In the opening, a woman with a Kelly green dye job sings "Feeling Good," by Nina Simone. The woman, Brittany Luna, a local singer and performer, is actually at Barnet Fair in Old City in the clip. Philly hairstyle and colorist Gina Guerin — who also happens to be this writer's hairstylist (hey, Gina!) — makes a cameo, too.

Check it out! I got to be in this rad @philadelphiaeagles hype video this summer! Custom @pulpriothair color by me @barnetfairhair !!! Also my talented client and friend @blunaaa is singing vocals throughout the video!! Thanks to @barnetfairhair and @ryanscottfilms

Later, Philly screenprinter Eric Kenney with Awesome Dudes Printing prints a T-shirt that says "FLY." Understandably, it already blew up on Twitter after the video premiered, so now it's going to be sold via the Eagles Pro Shop.

On Twitter, the Eagles said it'll be for sale "soon," but there's no official word on when that'll be available for purchase.

It's unclear if the print was originally Kenney's, but either way, let's hope he's involved in all this somehow.

Due to popular demand, the Fly shirts depicted in our season kickoff video will be available at @EaglesProShop soon! Stay tuned. pic.twitter.com/rJORNndu81

There are some Eagles cheerleaders, Head Coach Doug Pederson makes a fair share of appearances, and there are a few restaurants and kitchens, too.

Do you recognize anyone else in the video? Let us know!