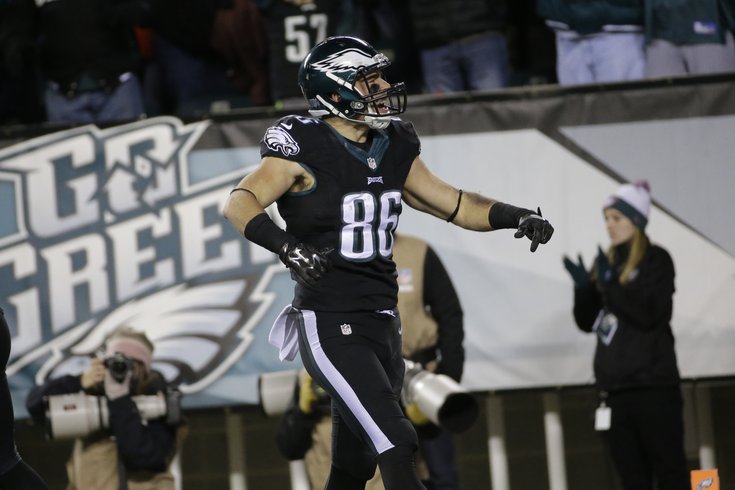 The Eagles' released their inactives against the Falcons on Monday Night Football. The most notable name is Zach Ertz, who does not appear on the list, which means that he is active and will play tonight. Here are the Eagles' inactives:

• RB Kenjon Barner: Barner is luxury depth in case one of the Eagles' running backs or returners go down.

• OL Dennis Kelly: Eagles will go with just seven active offensive linemen, as they did last season. Kelly can play multiple positions, but is clearly behind Matt Tobin and David Molk on the depth chart.

• OL Josh Andrews: Again, only seven OL will be active. Andrews is a developmental guard.

• DL Brandon Bair: Taylor Hart will see his first ever NFL action tonight, as Bair takes a seat behind him.

• LB Marcus Smith: Smith was battling a hamstring injury, but probably wouldn't have been active even if healthy.

• CB Denzel Rice: Developmental undrafted defensive back will have to wait to see his first NFL action.

The most notable of the Falcons inactives is Brooks Reed, who is their most seasoned pass rusher. The Eagles also don't have to worry about Devin Hester burning them on a kick return.