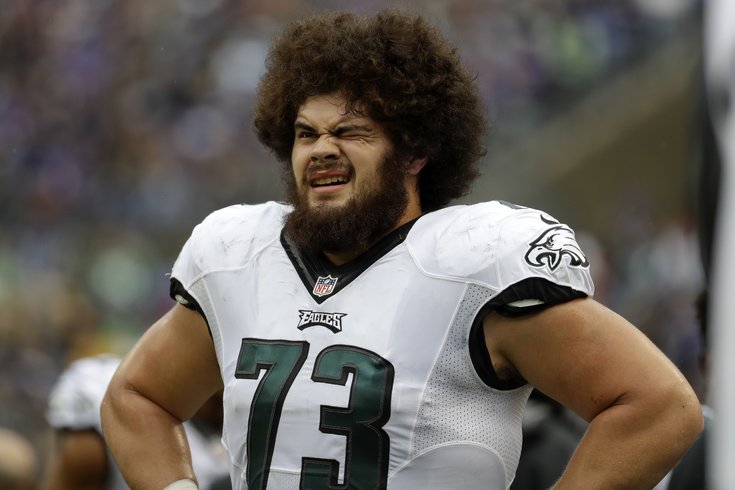 Last year was a baptism by fire of sorts for rookie offensive lineman Issac Seumalo.

The Eagles 2016 third-round pick was forced into action due to injuries to some of the team's vets in addition to Lane Johnson's 10-game PED suspension. He started four games at three different positions – two at right guard, one at left guard and one at right tackle. And after struggling out of the gate, the Oregon State product settled in nicely as the season progressed.

It wasn't easy, but it has apparently helped him rocket up the depth chart.

When the Eagles opened their organized team activities on Tuesday, head coach Doug Pederson told reporters that the second-year lineman will be his first-team left guard, getting the nod over a pair of veterans who were previously above him on the depth chart.

Barbre was the guy Pederson mentioned during the owner's meetings as the presumed starting left guard – he's started there for the last two season. The other veteran Seumalo will take snaps over is Stefen Wisniewski, who signed a new three-year deal with the Birds this offseason.

Like both of those guys, Seumalo is a versatile lineman who can play multiple positions. The second-year guard can also play tackle and center. Barbre can swing between both guard and tackle. And Wisniewski can be slotted as both a guard and a center.

That kind of flexibility is a nice thing to have.

For now, however, it seems as though those three will be limited to guard and tackle, with Jason Kelce firmly locked in at the center position. Seumalo and Wisniewski should get some reps there, according to Pederson, but Kelce is still the guy going forward and "will definitely get the majority of the reps."