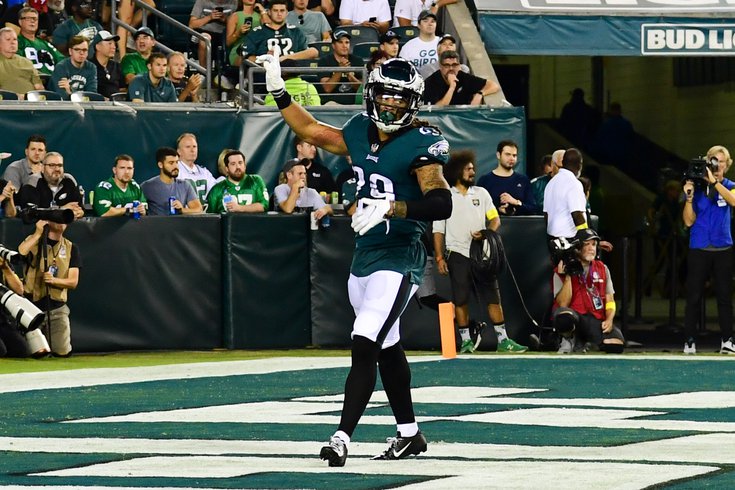 The Philadelphia Eagles remain a relatively healthy team after the first three weeks of the season, with their only notable long-term injuries being suffered by DE Derek Barnett and backup LT Andre Dillard. However, they do have eight players on their injury report, and one with a personal absence. Their Week 4 opponent, the Jacksonville Jaguars, are a very healthy team.

• Ah, now that looks more like an Eagles injury report. The biggest concerns for now are Darius Slay and Landon Dickerson, who are (a) starters and (b) did not participate at all in practice. It's worth noting that both Slay and Dickerson have gotten non-injury rest days this season, so this could be a combination of injury and rest. We'll monitor as the week progresses, obviously.

• A bunch of the older guys got a rest day. We did not include them above.

• Dickerson was a limited participant after sitting out practice on Wednesday.

• Miles Sanders, DeVonta Smith, and Slay were all full participants. Expect them to play on Sunday.

• Avonte Maddox was a late addition with a foot injury.

• The loss of Maddox is significant, since the Jaguars' best offensive skill position player this season has been Christian Kirk. Maddox will likely be replaced in the lineup by Josiah Scott.

• Trey Sermon will likely make his Eagles debut in place of Boston Scott.

• LT Andre Dillard (IR): Dillard broke a bone in his forearm that required surgery. We covered his situation in more depth here.

• Shaquill Griffin is a starting corner. He did not play Week 3 against the Chargers.

• Cole Van Lanen is a backup.

• Zay Jones is an interesting addition to the injury report. He leads the Jaguars with 19 receptions and is second with 173 receiving yards.

• All four Jaguars on the report are listed as questionable. The two important players above are Griffin and Jones.

• Nobody players of note.