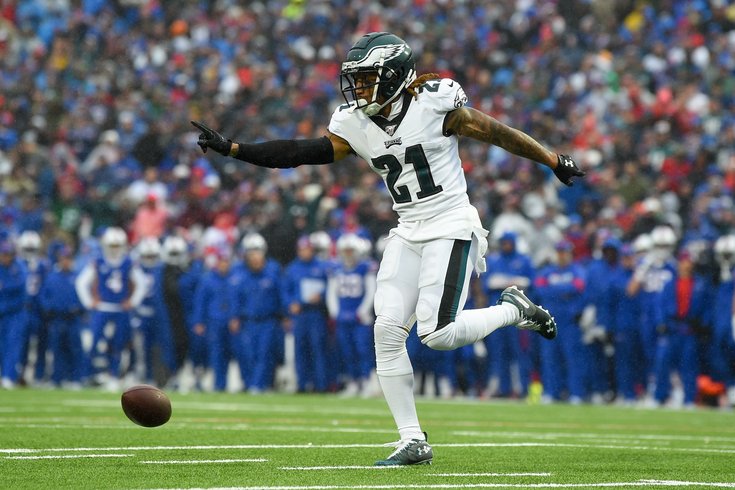 Has Ronald Darby played his last game as an Eagle?

The Philadelphia Eagles made four noteworthy roster moves on Tuesday night, aka Christmas Eve. I was at a family party, and could not get to those immediately (my deepest apologies), but let's go ahead and look at each move now, individually.

There were reports that this move was coming, as Jordan Howard is set to return to the lineup this week against the Giants. We covered this already on Monday, if you want to take a look.

Again, we already knew that Darby's injury was going to take some time to heal, as Doug Pederson said on Monday. "Darby’s (injury) is a little bit more serious," Pederson said. It was not known then that he would go on IR, however.

It looks like someone (i.e. Darby's agent) is telling national reporters that it's only a four-week injury.

#Eagles CB Ronald Darby suffered a grade 2 hip flexor strain that should have him fine and ready in about 4 weeks, source said. No surgery. So, just a timing issue more than anything to place him on Injured Reserve.

Four weeks would put Darby on a path to return in time for the Super Bowl, should the Eagles make it that far. The Eagles obviously felt that Darby was not worth occupying a roster spot for that hypothetical situation, and instead added TE Richard Rodgers and WR Deontay Burnett.

He is scheduled to become a free agent this offseason.

Rodgers injured his foot during training camp, and the Eagles initially placed him on injured reserve. Knowing that he was unlikely to be signed by another team, the Eagles released Rodgers with an injury settlement, so that they could maybe add him back to the active 53-man roster if/when he got healthy, without having to use one of their two allotted "get out of injured reserve free cards" on him.

The Rodgers signing is an indication that the Eagles are unsure about the status of Zach Ertz (broken rib) for Sunday. If Ertz cannot go, Rodgers is a more competent blocker than current TE3 Josh Perkins.

Burnett is a smaller receiver at 6'0, 186, who ran a 4.70 40 at his USC pro day in 2018, though he was injured at the time. He had very good numbers in his junior year at USC (86-1114-9), and he opted to declare for the 2018 NFL Draft with one year of eligibility remaining. Burnett went undrafted, signed as a UDFA with the TItans, and has bounced around since, finding part-time work with the Jets and 49ers before landing with the Eagles.

His scouting report coming out of USC, via NFL.com:

Standard issue slot receiver with a thin frame but above-average toughness when it's time to make a catch and move the chains. Burnett doesn't have the size or separation speed for frequent work down the field and may be better suited to a role as a possession target. Burnett lacks play strength and may need to compensate by learning to create space for himself through a more leveraged approach as a route-runner. He lacks high-end measurables but could become a decent WR3 in a spread-oriented attack.