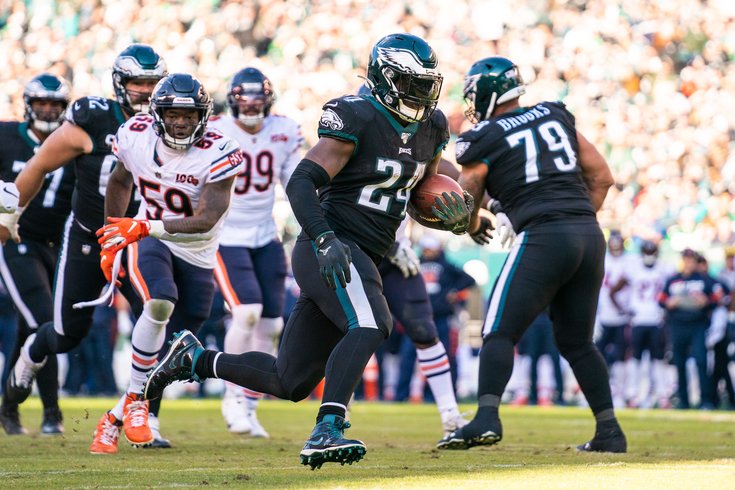 According to a report from Adam Schefter of ESPN, Philadelphia Eagles running back Jordan Howard is returning to the lineup this week for the Birds' crucial potential division-clinching Week 17 matchup against the New York Giants, and Jay Ajayi will be released.

Eagles are releasing RB Jay Ajayi today, per source. They are getting RB Jordan Howard back this week.

Howard was one of the rare bright spots from this Eagles season at the time he was lost to what the team referred to as a "stinger" injury against his former team, the Bears.

Obviously, Howard's injury was more than just a "stinger," as there was also nerve damage. Howard missed the Eagles' three losses against the Patriots, Seahawks, and Dolphins, as well as their three wins over the Giants, Washington, and the Cowboys. In total, including the bye week, he was out 7 weeks.

Howard's return, as noted above, means that Ajayi will be released. In 3 games, Ajayi rushed 10 times for 30 yards, with no receptions, and very much looked cooked. Such is the short life span of running backs in the NFL.

In the 6 games Howard was out, Boston Scott filled in ably, rushing 26 times for 123 yards, and 1 TD. He also had 19 catches for 119 yards. To be determined how Scott's recently increased role will be affected.

Because Howard remained on the 53-man roster while he was out, the impending release of Ajayi opens up a roster spot. There's another move coming.