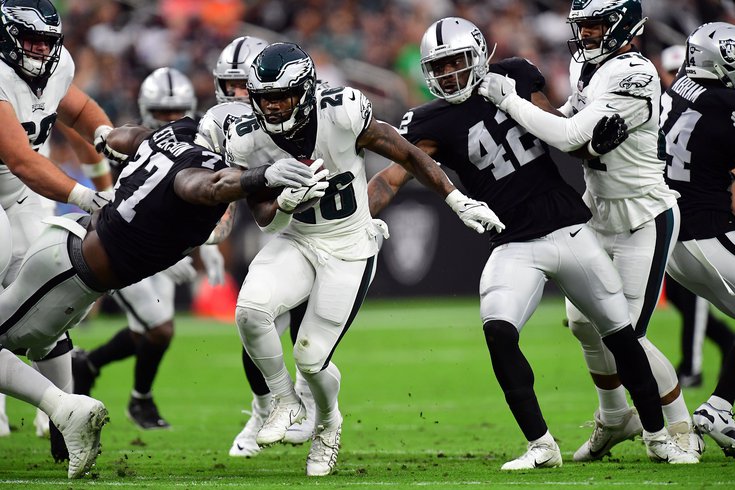 UPDATE [5:43 p.m.] — Just after the start of the second half, the Eagles officially ruled running back Miles Sanders out with an ankle injury. No word yet on the severity of the injury beyond that, but stay tuned for more as it unfolds.

Injury Update: RB Miles Sanders (ankle) has been downgraded to out.

Just when the Eagles finally decide to start handing him the ball early in a game (he had almost all of his carries last week in the second half), the running back went down with an ankle injury. After limping off the field with some help and getting examined in the blue medical tent, he was carted into the locker room with a pretty disappointed look on his face.

Miles Sanders currently out with an ankle injury 🙏🏾 pic.twitter.com/Iz5xD3K0N3

Sanders had six carries for 30 yards — a pace that was on track for his most touches this year. The injury came on his first reception of the game late in the first quarter. The hope is obviously that his right ankle is only sprained and the injury isn't particularly serious.

In Sanders' absence, rookie Kenny Gainwell is sure to get the lion share of carries going forward. The setback could put a thorn in any plans the Eagles might have to move Sanders before the trade deadline at the start of November.

If there is anymore information on Sanders we'll update you right here.

MORE: Live updates/open thread: Eagles at Raiders | Report: 'Teams calling with trade interest' for LT Andre Dillard | Mailbag: Would it make sense for Eagles to trade any of their first-round picks for a veteran player?