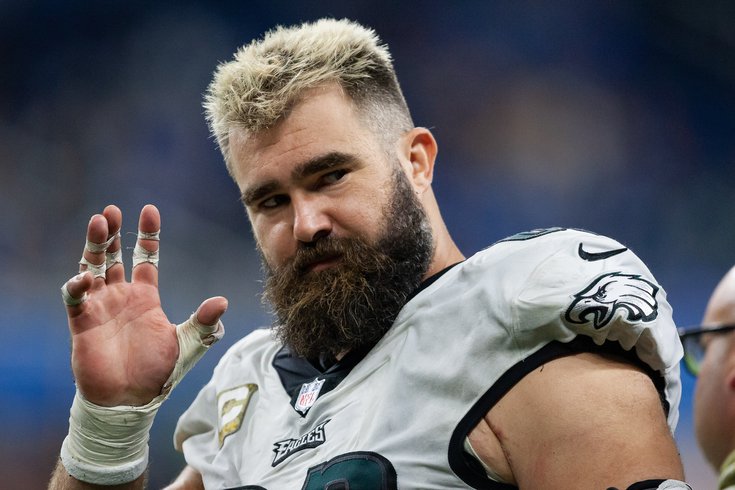 As a child of the mid 1990s, I've seen every prime-era Adam Sandler movie a million times. Judging by Jason Kelce's pregame outfit ahead of the Eagles' matchup against the Titans, it looks like he's a big "50 First Dates" fan too.

Who did it better: @JasonKelce or Doug Whitmore from "50 First Dates"? 😂

Astin looks more like a football player there than he did in his "Rudy" days, but I still give the nod to No. 62.

This outfit has been brewing for Kelce over the last few days.

It started with this tweet showing a picture of Kelce while recording his podcast "New Heights" with his brother Travis:

Kelce was all in:

If anyone knows where I can buy this shirt, I’ll buy it immediately https://t.co/4awn038kcX

That dude can pull off any look.