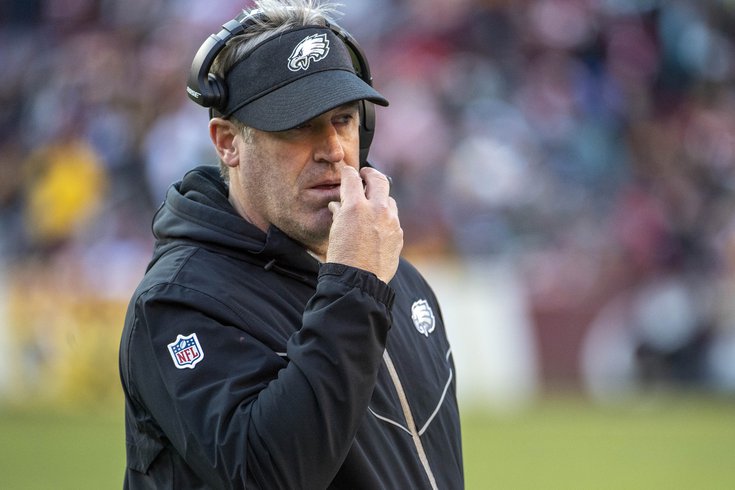 The Philadelphia Eagles are not sending members of their coaching staff to various pro days on a temporary basis as a precautionary move in the wake of the coronavirus outbreak in the U.S., according to Yahoo Sports.

UPDATE: The Eagles have now decided to keep all of their scouts from traveling to college pro days, according to Jeff McLane of the Inquirer.

The Philadelphia Eagles are not sending members of their coaching staff to various pro days on a temporary basis as a precautionary move in the wake of the coronavirus outbreak in the U.S., according to Yahoo Sports.

The coaching staff was notified of the decision in an email, according to ESPN. Along with fears over the spread of the coronavirus, reasons for why the Eagles are keeping their coaches at home include the number of new faces on the coaching staff this season, as well as the belief that the coaches will be best served staying in Philadelphia ahead of free agency this month and the NFL Draft next month.

It is possible that members of the coaching staff could attend pro days that are close to Philly given that they don’t require air travel. Some teams are seeking to limit air travel as much as possible for their coaching staffs and encourage driving trips as much as possible. Every NFL team has had a meeting to discuss how to protect themselves against the spread of the virus.

Team scouts are still expected to attend pro days as planned, given that scouts often do not work at the team facilities on a daily basis like coaches do. Given that scouts are spread out across the country, the risk of spreading the virus to players, coaches, and front office personnel is minimal.

Doug Pederson is scheduled to be the keynote speaker at the University of Tennessee’s football coaches clinic later this month, which coincides with the school’s pro day at its on-campus facility. A school spokesman told Yahoo Sports that Pederson is still expected to attend both the clinic and pro day.

The Pittsburgh Steelers have also decided to not send their coaches to pro days as well in response to the coronavirus.

Pro days are important opportunities for NFL team scouts, coaches, and front office personnel to watch and evaluate prospects ahead of the draft in April.