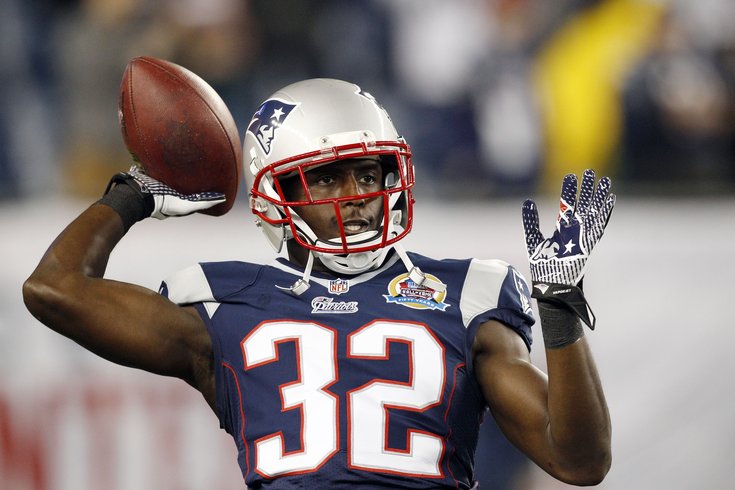 Devin McCourty unexpectedly (by me, anyway) was not franchised tagged.

Only five players were franchise tagged this offseason, and as expected, that did not include Eagles wide receiver Jeremy Maclin. Here's a round-up of the franchise tag news, and what it means to the Eagles:

No tag for Maclin

The deadline to franchise tag players came and went, with Jeremy Maclin not getting slapped with the tag. I think this was the right move, as noted yesterday:

Once you start going down the franchise tag rabbit hole, it can be a never-ending exercise. If the Eagles tag Maclin and he has another big season, do you tag him again? That'll cost you 120% of his previous year's salary, or almost $16 million. Certainly that will never happen, so you're looking at Maclin hitting free agency a year from now anyway. You may as well deal with him now instead of putting off that pain until next offseason.

Maclin signed a "bet on self" contract a year ago, and look at how that worked out for him. Unlike other players around the league, Maclin seems smart enough how lucrative getting slapped with the tag can be. Playing for one season at $13 million could be extremely appealing to him, and would give him the upper hand in negotiations for any sort of long-term deal.

Of course, if the Eagles somehow fail to re-sign Maclin (I don't see that, just fyi), then it becomes a disaster.

The Patriots opted to franchise tag kicker Stephen Gostkowski instead of McCourty, which means that McCourty will have the chance to explore his options in free agency if he so chooses. McCourty is the best safety available in free agency according to Rotoworld, and would have to be a player of interest to the Eagles. Tommy Lawlor of IgglesBlitz.com thinks McCourty would be of higher interest than a corner:

The Pats did not tag FS Devin McCourty. They probably will still work out a deal for him, but if he hits the market, he should be the top priority, even over a CB. McCourty is a legit FS and we just don’t see many of those in the league anymore.

The Seahawks' Byron Maxwell just feels like a perfect fit for the Eagles, in terms of what they look for in a corner and their level of need at that position. But Tommy is probably right -- It's not just the Eagles who have struggled to employ good safeties over the last half decade. Bad safety play has become an epidemic in the NFL, so if one becomes available you do what you can to go get him. We'll have more on McCourty soon.

Pierre-Paul is a physically talented player whose production has left a lot to be desired after a dominant season in 2011. Pierre-Paul will make $14.8 million in 2015 unless he and the Giants can come to an agreement on a long term deal. This is an example of a player who should be thrilled to have been slapped with the tag, but somehow, Pierre-Paul reportedly won't be sprinting to sign it.

Not expecting Justin Houston to sign the tag anytime soon. That one could take a while. Likely a similar tact for Jason Pierre-Paul.

Yo JPP, in the last three years you have 21 sacks, nine of which came in garbage games last year after the Giants were long since realistically eliminated from playoff contention.

Players just sulk at getting the tag for the sake of sulking.

Five players got franchise tagged, one got the transition tag

• Demaryius Thomas, WR, Broncos: As expected. The last three seasons, Thomas has 297 catches, 4483 yards, and 35 TDs. In those three seasons alone, Thomas had as many catches as Jason Avant had for his career, more TDs than DeSean Jackson, and he'd rank 11th in receiving yards. No brainer decision.

• Dez Bryant, WR, Cowboys: Probably the Cowboys' best player. When is that video coming out?