Eagles only one game back in the garbage NFC East 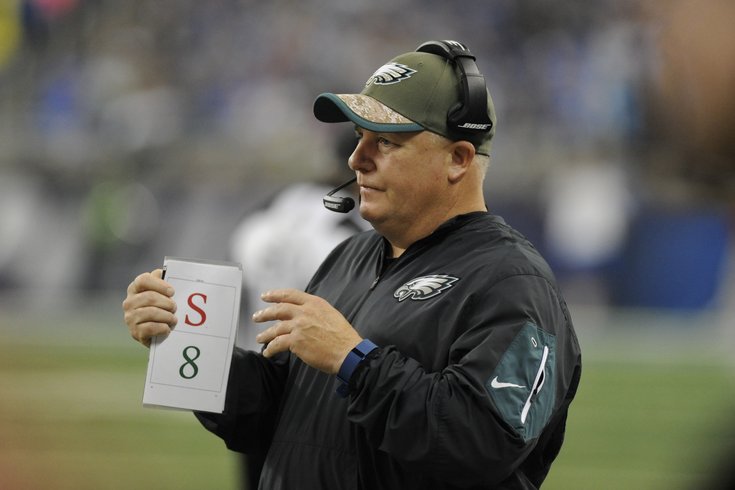 If the Eagles can get to 6-10, they still have a chance to get trounced in the first round of the playoffs.

Over the last three weeks, it can be argued that the 4-7 Eagles played three consecutive games that rank among the 10 worst losses in the last 15 years. And yet, because the NFC East is beyond atrocious, the Eagles are still just one game out.

After the Redskins dispatched of the division-leading Giants Sunday afternoon, here is what the NFC East standings now look like:

Of the four NFC East teams, the Eagles have the hardest schedule remaining, while the new division-leading Redskins have by the far the easiest.

It would almost be more satisfying for many Eagles fans if the Eagles were just dead, not zombies just walking through the remainder of this season. But alas, the Redskins, Giants, and Cowboys won't allow the Eagles to just die in peace.