Eagles on pace for historic number of penalties 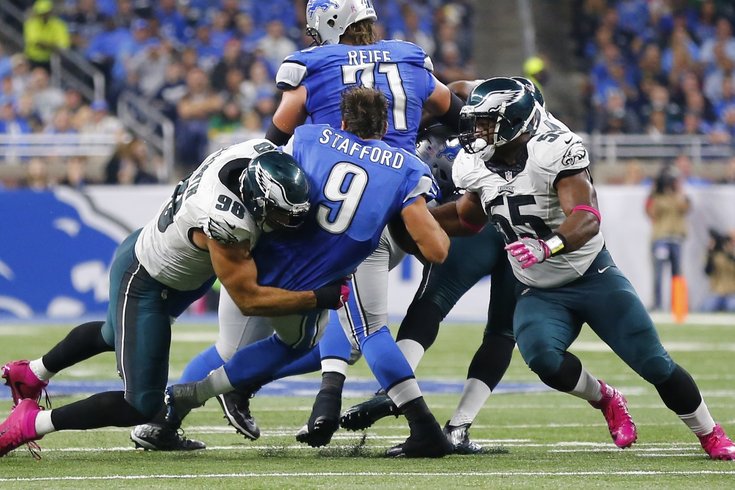 You can't rip the quarterback's helmet off of his head, guys.

Over their last two weeks, the Philadelphia Eagles have had an inordinate number of flags thrown against them, to the point where their games have been difficult to watch.

The Eagles' 9.8 penalties per game lead the NFL, while their 80.8 penalty yards per game are second only to the Jacksonville Jaguars.

In fact, the Eagles are on pace for a historic number of penalties. They are on pace for 156.8 penalties this season, which would be third most in the history of the NFL, behind only the 2011 Oakland Raiders and the 1998 Kansas City Chiefs:

Unfortunately for the Eagles, this may not just be an anomaly, at least on the defensive side of the ball. Throughout his career, Eagles defensive coordinator Jim Schwartz has coached teams that committed a consistently high number of penalties:

"It starts with me," said Doug Pederson after the Eagles' loss to the Redskins. "I have to go back and evaluate, and it's a discipline thing. I have to look and see if guys are in position, are they out of position, are they moving their feet, not moving their feet. Whatever they're doing, to cause the penalties – some of them are legit, obviously – but it's an area that we definitely have to clean up."

There was some unquestionably incompetent officiating in the Lions game Week 5, but that in no way excuses the inordinate number of penalties the Eagles have committed so far this season. They are playing very undisciplined football, and if it doesn't get better, the Eagles' 3-0 start to the season is going to be wasted.