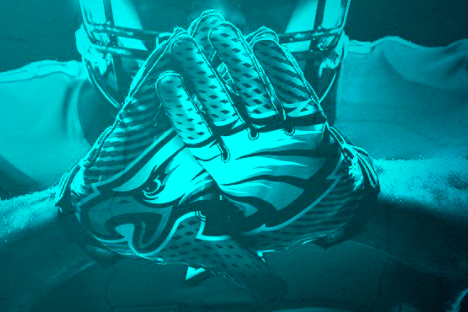 The Eagles couldn't get out of their own way (they were too busy getting out of the way of running backs) in Sunday's frustrating 27-20 loss to Washington, a defeat that dropped them down a few pegs in the NFC East ahead of a brutal stretch of games in the coming two months.

Early this season, officiating has been a sore spot for Philadelphia. The team has committed 27 penalties for 225 yards in the past two weeks alone, often in critical situations that have given opponents some lethal red zone second chances. Head coach Doug Pederson, without ever chalking up the losses to the refs, has said he's a bit dubious of several calls and sent tape to the NFL for further review.

The Eagles won't have a chance to face Washington again until Dec. 11 at the Linc. For the time being, one of the few bright spots of Sunday's game was Malcolm Jenkins' pick-six to tie the game at 14-14 in the second quarter. It was marvelous, except the Birds' social media team couldn't really do anything special about it.

When life gives you lemons, you dial up 1947 and play electric football.