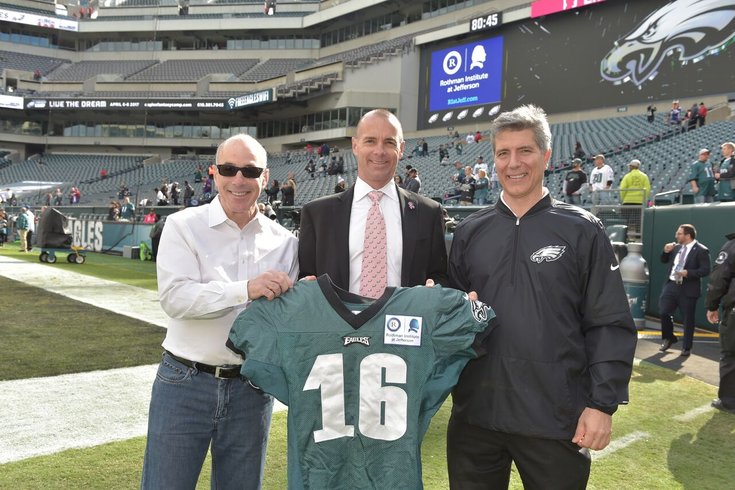 The eight-year contract extension will run through the 2023 season. Financial terms of the deal were not disclosed.

“Jefferson and Rothman are leading institutions in the healthcare industry," Eagles President Don Smolenski said. "We look forward to teaming up with them to support health initiatives in the years to come.”

Jefferson's deal also includes Jefferson Health and the Sidney Kimmel Cancer Center. Jefferson is one of the team's longest-tenured partners after signing on as a "founding partner" in 2004.

Rothman, on the other hand, became a marketing partner this year after serving as the team's orthopedic physicians since 2004.

Eagles fans should expect to see a strong branding presence for both health care providers during home games at Lincoln Financial Field. The team's practice jerseys will also feature a Rothman Institute at Jefferson patch as part of the agreement.

The Eagles and Jefferson will continue the Tackling Breast Cancer campaign, which has raised $1.2 million for Jefferson’s Breast Care Center since 2005.

The team's High School Football Showdown program will now be presented by Rothman. The contest allows local teams to earn monetary prizes after being selected as the ‘Game of the Week’ matchup.