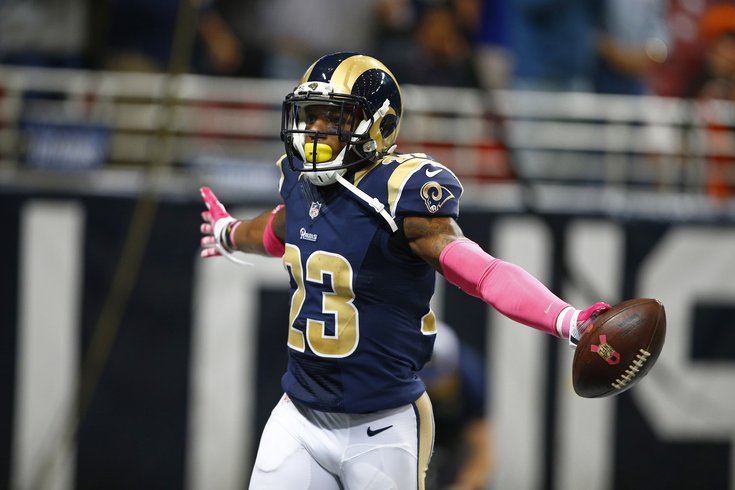 Rodney McLeod has similar athleticism as Walter Thurmond, but is more physical in run support.

According to Ian Rapoport of NFL Network, the Eagles have agreed to terms with former St. Louis (or Los Angeles or whatever) safety Rodney McLeod, who will receive a big payday.

McLeod, who will turn 26 in June, is only 5'10, 195, which is less than ideal, but he plays bigger than his size. From 2013-2015, when he was a three-year starter, McLeod had 233 tackles, 18 pass breakups, 5 interceptions, and 7 forced fumbles. As you might expect from a smaller safety, he has good range. Here's McLeod in 2014 against the Broncos. He was actually called for a hit on a defenseless receiver on this play, but watch his ability to get to the sideline from his center field position:

McLeod possesses similar athleticism to Walter Thurmond, but is a more physical player in run support. He'll almost certainly be the starter at safety opposite Malcolm Jenkins.