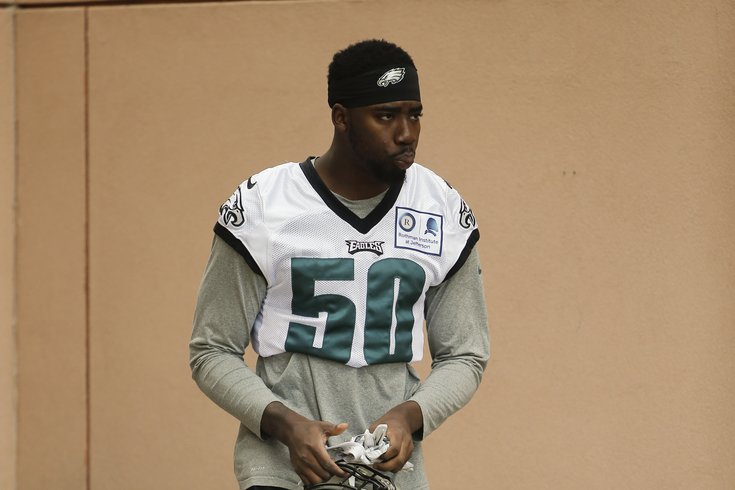 Leading up to training camp, as we did last year, we'll be comparing each of the Eagles' rookies to current NFL players. In case you missed the first six Eagles draft pick comps, you can find them below:

Today we'll find a comp for edge rusher Alex McCalister. Back in May, we took a detailed look at McCalister's game. In short, he's a physical freak, standing at 6'6 with 36-inch arms and impressive athleticism. He's also very skinny, and extremely unpolished as a football player.

At Florida, McCalister was able to get to opposing quarterbacks with his size and athleticism, however, he lacked an impressive repertoire of pass-rush moves. Additionally, he didn't often finish tackles strongly, he was often slow to recognize fakes, and at 240 pounds he was easily moved in the run game.

In the pros, McCalister is going to be a situational pass rusher only, unless he can improve the rest of his game drastically.

A player that makes sense as a comp to McCalister is Chicago Bears edge rusher Willie Young, who also played under Jim Schwartz in Detroit. Like McCalister, Young was a seventh-round pick, when Schwartz's Lions took him 213th overall in the 2010 NFL draft.

Young is tall and lean, with good athleticism. Here is how the two players' measurables compare:

Young was inactive for nearly the entirety of his rookie season. I project a similar rookie season for McCalister, who has obvious physical traits, but a long way to go before he can contribute consistently in the NFL. After learning on the job, Young had six sacks over the next three years, before breaking out with 10 during the 2014 season.

As the chart above shows, McCalister has better athletic measurables, but can he develop into a useful situational pass rusher like Young?